We recently wrote about a petition which was created by Jonas Stadden’s parents to ask the government to look into the unusual death of their baby son, and we can now share the response from Downing Street with you.

Jonas Stadden, who suffered with Down’s Syndrome until he passed away last year in less than clear circumstances, was separated from his family and sent to live with foster carers as he awaited the outcome of his own adoption proceedings. Arriving perfectly healthy at his new home, he soon became ill and seven months later, he collapsed and died.

The Staddens were never given full and frank information surrounding the death of their son, and so they decided to create a petition asking for a proper inquiry into Jonas’s passing, which they handed to Downing Street last week.

The response does not even come from the Prime Minister himself, rather his comms team, and as you might imagine, the letter indicates that the Staddens’ concerns will need to be dealt with by other departments. We very much hope this petition won’t simply go round and round until it stops being passed on without the proper consideration it deserves.

You can read the letter below: 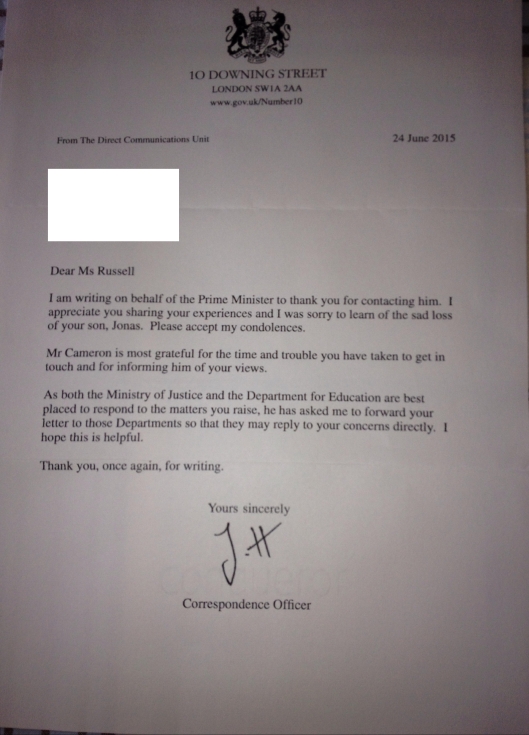 Many thanks to Maggie Tuttle and Jonas Stadden’s mother for kindly allowing us to print the letter.