Cinderella Law, which is really an amendment to existing legislation, rather than a new law in itself, was designed to bring Criminal Law up to date, by recognising the effects of emotional as well as physical abuse on children.

At the time of its unveiling, it received a great deal of criticism, both for its criminal sanctions, which could see parents go to jail for emotional abuse – a phenomenon as yet undefined in the criminal courts – and the lack of clarity as to how this law would work in practice.

As a result, its creators and campaigners, Action For Children went underground, and despite getting a mention in the Queen’s Speech last year and subsequently being ratified into law in March 2015, Cinderella Law’s progress has remained largely a mystery, until now.

France 2 have made a very good documentary on Cinderella Law, which is balanced and thought provoking. We had the privilege of being interviewed for this segment, and chose to talk about the importance of recognising emotional abuse, but also the need for caution when implementing criminal sanctions.

Cinderella Law, a term which Action For Children have always disliked due to the perception that it trivialises emotional abuse, was created in 2010 and the subsequent campaign to implement this amendment culminated in its inclusion in the Serious Crime Act, 2015 which was ratified on 3rd March this year.

The amendment can be found in Part 5 of the Act, under Protection of Children and Others (Section 6.6 Child Cruelty Offence). The relevant part reads:

(1)Section 1 of the Children and Young Persons Act 1933 (cruelty to persons under 16) is amended as follows.
(2)In subsection (1)—
(a)after “ill-treats” insert “(whether physically or otherwise)”;
(b)after “ill-treated” insert “(whether physically or otherwise)”.
(3)In that subsection, for the words from “(including” to “derangement)” substitute “(whether the suffering or injury is of a physical or a psychological nature)”.

This amendment is to go into Section 1 of the Children and Young Persons Act 1933 which refers to cruelty to persons under sixteen. Anyone with legal responsibility for a child, like a parent or carer, found guilty of abuse under this section, could be fined, or sent to prison for a maximum of ten years.

Whilst we feel it is very important to acknowledge emotional abuse – after all, we accept that emotional abuse impacts adults, so children should be no different – fining and imprisoning parents may well be a step back for many of these children and the family at large. It is likely that parents or carers who come before the courts for emotional abuse and subsequently fined for this conduct may well not be able to pay the fine itself, and may end up in prison for failure to do so. This would be devastating for the families involved, placing more pressure on the remaining carers and potentially causing a greater risk of emotional and physical harm to the children in the home as day to day living becomes almost impossible. Many of the parents who could be found guilty of these crimes may need help themselves, often learning abusive behaviours from their parents and unable to break the cycle, simply repeat it with their own children.

The lack of clarity too on how this law might work is concerning. The phrase “or otherwise” in the amendment is vague and potentially ripe for misunderstanding. There will be fears that the changes to this law, though well meaning, could lead to greater miscarriages of justice and parents and carers punished for crimes they have not committed. There is also the very real worry that once parents jailed or fined for abuse return home, they will simply continue to abuse their children.

So are prisons and fines really the answer or is the bigger question, how effective are punitive sanctions in society, after all?

You can catch the documentary below, and further articles we’ve written about Cinderella Law, here.

Thank you to France2 and Nic Boothby for so kindly inviting us to be a part of their excellent film. 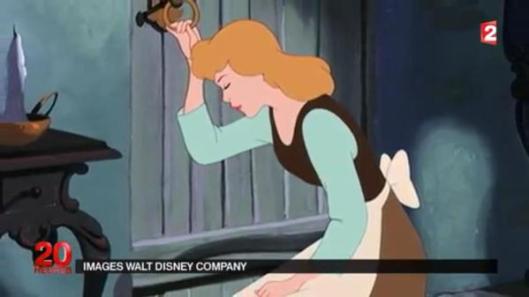