As Brexit anxiety continues to sweep the country, so too does the stupidity of politicians looking to find ways to boost the economy.

Dennis Parsons, a Liberal Democrat MP, is calling on schools to add prostitution to their careers advice agenda. The comment was made during a special session on sex work and he compared prostitution to accountancy, saying:

“The fact that we are asking “should we seek to prevent people entering sex work?” is part of the problem. You wouldn’t ask the question, should we prevent people becoming accountants?”

“We have had a chap suggest that one of the areas we need to be concerned about was families coercing people to go into the sex trade. Well, again, you wouldn’t protest at families urging and coercing people into becoming accountants.”

Prostitution itself, that is the exchange of sexual services for money, is not illegal in the UK, though some activities relating to it, are.

Whilst the debate around the legalisation of prostitution and accompanying activities like running a brothel is ongoing, Parsons’ comments are less about liberal thinking, and more about economic gain. Delegates at the session were told that decriminalising prostitution would raise £1 billion a year for the Treasury in taxes. That’s a lot of money, at a time when it looks like the EU are set to punish the UK for severing ties, through the ending of trade agreements and free cross border movement.

Wherever you stand on prostitution, it is no secret that many of the men, women and children who work in this industry do so as a last resort, often under duress and are treated badly, both by clients and pimps. To then promote prostitution not just as an alternative to accounting, which does not suffer with the same levels of crime and violence, but as a way to boost our economy is ridiculous and yet another way of exploiting sex workers.

Lib Dem Leader Tim Farron has refused to address Parson’s comments, saying that he believes in free speech and the importance of being able to air views and then talk them out. Researching Reform does too, however Farron’s stance completely ignores the reality of Parsons’ agenda.

Many thanks to Dana for alerting us to this news item. 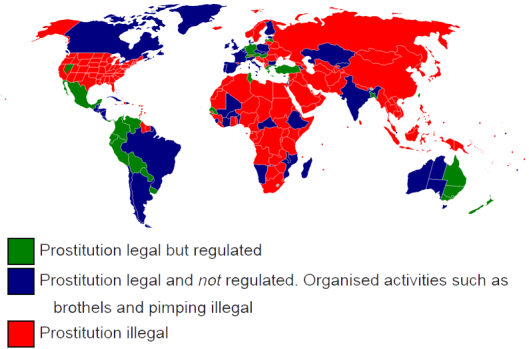 7 thoughts on “Lib Dem MP: Schools Should Encourage Children To Consider Prostitution As A Career”