Four films which feature child protection themes have been aired over the last few months to critical acclaim, and so we thought we would share them.

TRIGGER WARNING: please bear in mind that some of the trailers in this post may contain distressing images, particularly for those who have suffered child abuse.

Based on a true story, A boy, a man and a kite, is a new film centering around child sexual abuse at Carmel College in the UK, which was referred to as the Jewish Eton before it was closed down in 1997. The information available from the Film Collaborative’s page, tells us more:

“A bedridden man, on the edge of death, contemplates the sexual abuse he suffered as a boy and seeks resolution and redemption from his past.

It’s an abstract narrative short film based on true events in the early life of British composer Stephen Endelman who was sexually abused as a young man at Carmel College in the United Kingdom. Known before it closed down in 1997 as the Jewish Eton, Carmel was of the finest boarding schools in England. It held a dark secret, which remained entombed until a British Crown Court case in 2015, when former housemaster Trevor Bolton was convicted on 16 counts of indecent assault, six counts of indecency with a child, and three other sexual offenses, for which he was sent to prison. In the summer of 2016 the verdict was upheld in an appeal.

The film opens and closes with a red kite flying fearlessly and joyfully in the wind. It’s a metaphor for freedom and represents both the protagonist’s present as the kits is battered and buffeted by the wind and his future as it’s allowed to soar upwards.

We use an abstract visual form to tell is very painful story. The film blends two time periods 1979 and the present where we meet our protagonist Daniel and our antagonist Trevor at two different ages. As the piece progresses we see the balance of social power shift in favor of Daniel, who finds a form of salvation in his music and refuses to succumb to the descendancy so common in victims of abuse. However the shame starts to eat at him and he finds himself dying. The film looks at pivotal moments in a man’s life as he approaches death and seeks resolution from an all-consuming shame.

At the heart of the story is the concept of injustice and shame and a hypothesis that in silence there is a benign conspiracy to avoid difficult subjects. In the film we visit moments of love, panic, confusion, ignorance, mental and emotional impotence.”

Also based on real events, Clergy is a Polish film, which has come to the attention of the mainstream media after breaking box office records, and for inspiring hundreds of people to come forward with abuse allegations. The film was released on 28th September, and offers insights into the Polish priesthood.

The film was produced by one of Poland’s best known directors, Wojciech Smarzowski, and its high profile actors are stars of the Polish film industry. The film follows the lives of three priests with dark secrets involving alcohol, women, pedophilia, money and politics. Testimonies of survivors also feature.

The Church in Poland has reacted badly to the film, which welcomed almost a million polish cinema goers in its first weekend, breaking a 30 year old record inside the country. The success of the film in Poland has come as a surprise to some – Poland is one of the most devout Catholic countries in Europe. The film has since made its way across the globe, receiving coverage in The Guardian, The Independent and The Hollywood Reporter. Clergy can now be watched in cinemas around the UK. 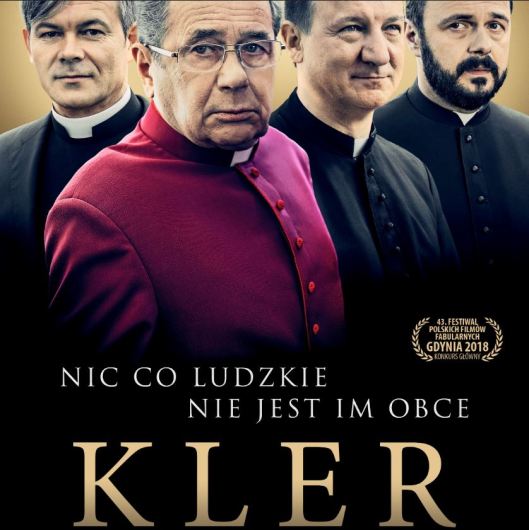 The Kids We Lose, is an award winning documentary looking at the way in which children with challenging behaviour are often treated in the US. The documentary premiered at the New Hampshire Film Festival on 11th October, and won the Best Feature Documentary Award.

The documentary’s website offers this information about the short film:

“The Kids We Lose is a 90-minute documentary film (currently in production) about the human side of having a child or student with behavioral challenges, and the struggles faced by parents, educators, staff in facilities, mental health clinicians, and law enforcement professionals in trying to ensure that these kids receive the help they need. The Kids We Lose also exposes the often brutal, inhumane ways in which our kids with social, emotional, and behavioral challenges are treated in schools, inpatient psychiatry units, residential facilities, and prisons.

These are the kids we lose. Their hopelessness, misery, and frustration are palpable. The human toll is hard to fathom. But these are also the most expensive kids in our society. Doing the wrong thing costs a fortune. When we don’t help our most vulnerable kids, we all lose.

And it’s all so very unnecessary.”

For councils, charities and anyone interested, the film is now available for screenings. The team can be contacted at litbdocumentary@gmail.com.

Many thanks to Professor Joan Durrant and the Global Partnership To End Violence Against Children, for sharing this documentary with us. 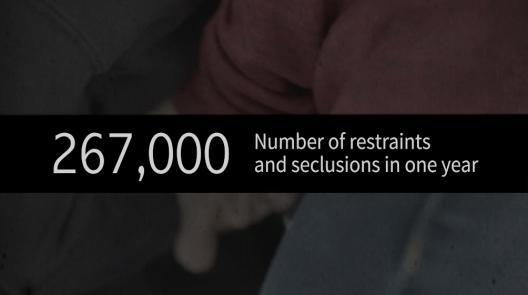 The Children Act is a 2017 film which looks at a case in the UK Family Court, dealing with a child who has leukemia and needs a blood transfusion. The boy and his family are Jehova’s Witnesses, and so his parents refuse the blood transfusion on religious grounds. The film features a high profile cast, including Emma Thompson, who plays the judge presiding over the case.

A summary of the film is offered on IMDB:

“Fiona Maye is an eminent High Court judge in London presiding with wisdom and compassion over ethically complex cases of family law. But she has paid a heavy personal price for her workload, and her marriage to American professor Jack is at a breaking point. In this moment of personal crisis, Fiona is asked to rule on the case of Adam, a brilliant boy who is refusing the blood transfusion that will save his life. Adam is three months from his 18th birthday and still legally a child. Should Fiona force him to live? Fiona visits Adam in the hospital and their meeting has a profound emotional impact on them both, stirring strong new emotions in the boy and long-buried feelings in her.”

3 thoughts on “Films To Watch”