As our debate in the House of Commons, on child abuse within a faith context is tomorrow, we thought we would share this lovely invitation we received from the Ahmadiyya Muslim Community of Carshalton, to be given a guided tour of Baitul Futuh, and to hear a short presentation entitled, ‘The Rights of Women in Islam’.

The event which is on 22nd November, from 4-6pm is open to women only, and welcomes all faiths and backgrounds.

The afternoon’s activities are focused on promoting peace and tolerance, as InterFaith week begins today.

As we go into preparation for our debate on issues which will touch upon Islam and its practice, we would like to thank the Ahmadiyya Muslim Community of Carshalton for their kind invitation and hope that the actions of a small few who use Islam to mitigate at best and vindicate at worst, the most abhorrent crimes within our communities and beyond, do not tarnish the majority who practice in peace and compassion.

Love for all, hatred for none.

If you would like to attend, please send an email to the address in the flyer.

These are the stories floating under the radar which we feel are noteworthy:

It was bound to happen eventually, given the huge shift in demand for conventional legal services (people just can’t afford them), but it now looks as if lawyers masquerading as McKenzies are trying to have a piece of what they feel is a profitable pie.

An organisation called The McKenzie Friends’ Trade Association has just  sprung up, which promises to offer a wealth of McKenzies who all meet a set of Service Standards, written up by the organisation and in conjunction with the current guidance issued by The President of the Family Division and The Master of the Rolls. But scroll down the list and open up the resumes of each on their own dedicated website, and what you find are a group of people who are predominantly solicitors. Their requirements for joining too, are interesting. Currently, the Association requires all its members to have Professional Indemnity Insurance, and a qualification, equivalent to A level or above, in law or other relevant subject, or have 3 years experience as a McKenzie Friend.

Now, we’re not sure how the Law Society would formally react to this (though informally one can imagine they would be sympathetic to this development given the current climate in the legal sector), but this creates an awkward strand to the McKenzie sector – lawyers who are working as lay advisers for a fee.

The McKenzie Friends’ Trade Association has recently come to the attention of the legal sector because it has chosen to set out a series of Service Standards, in line with the Legal Services Board’s recent recommendations. The Board’s April 2014 report suggested, amongst other things, that:

And so the lawyers got in there, and did just that. The Association’s site though is not courting any interest at present (its current Google Page ranking is 0), so it remains to be seen whether they will make headway with this latest version of the McKenzie. From our experience, most trusted McKenzies with a proven track record of helping families and being honest with their charging are the ones who are currently inundated with work, and whilst we have nothing against lawyers offering their services at a reasonable rate, they have tough competition in the McKenzies who are practicing law the way it was intended – with integrity and honesty.

If the lawyers entering the McKenzie market can do that, not only will they be providing an excellent service backed with years of training and skills some lay McKenzies don’t have, but they will help to remove the stigma associated with the practice of law as it stands. Can they pull this one off? 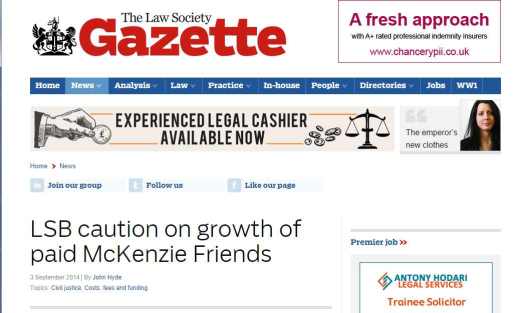 Welcome to this week, and another question, which this time focuses on the duty of care, not of local authorities and their agents, police or medical practitioners looking after children, but of religious men and women tasked with guiding their communities and protecting children and vulnerable people from abuse and exploitation.

Tomorrow, the House of Commons is hosting a debate on religious power, its regulation and the risks involved in having religious organisations which may not always be subject to the same rules and regulations as other non religious organisations. This debate will be looking at the sexual abuse and exploitation of children within a faith setting and will ask: are we doing enough to protect our most vulnerable from this type of harm?

Our question this week then, is this: what kind of duty of care would you like to see, if any, across all religious organisations in the UK, when it comes to child protection? 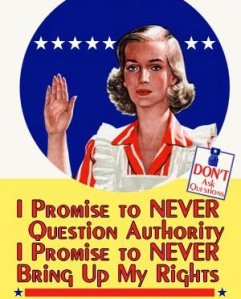