In 2014, journalist Alison O’Reilly broke a story about a mother and children’s home in Tuam, Ireland, which had stored the remains of 796 children on its grounds.

The Bon Secours Mother and Baby Home ran from 1925 to 1961, and was part of a wider policy to ‘re-home’ children born to unmarried mothers, who were considered by the state to be unable to care for their children.

The story was reported around the world.

Six years later, on July 27th, another story involving more than 1,000 children who had died, this time at Sean Ross Abbey Mother and Baby Home in Roscrea, Ireland, was published.

Alison talks to the Voice of the Child about the growing number of children who passed away in these homes, and how she came to break the story about the Tuam baby deaths.

We discuss whether the mass deaths could be classified as genocide, as more information emerges about how the children died.

She also outlines what she thinks of Ireland’s care system today, why adoption and foster care policies need to change, and why she feels the voice of the child is still not at the heart of social work.

You can listen to the podcast here. 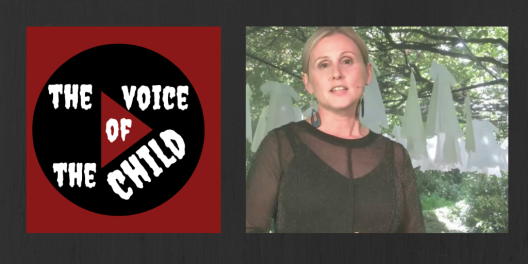