The Children Act 1989 marked its 30th anniversary on 16th November.

The legislation, which pioneered a child-focused outlook inside the family courts and introduced controversial measures which gave councils the power to remove children from parents using a risk-based threshold, is both loved and loathed.

Advocates of the Children Act 1989, whose architect is President of the UK’s Supreme Court, Baroness Hale, admire the legislation for its child-centered approach and its elegant infrastructure. Critics of the law point to its “risk of harm” threshold, which allows social workers to remove children from parents without robust evidence showing targeted parents are unfit carers.

To mark the Children Act’s 30th birthday, Lady Hale gave a speech at the Law Commission, which was published today, looking back at the Act and the history of the family courts.

Lady Hale talks about the challenges inside the courts around marriage, divorce and child protection and explains that those problems galvanised her into helping to produce the Children Act. She goes on to outline the difficulties in trying to create a body of law which focuses on often deeply complicated legal, ethical and social issues.

Her speech also offers a balanced look at both the achievements and the disappointments around the Act.

You can read the speech here. 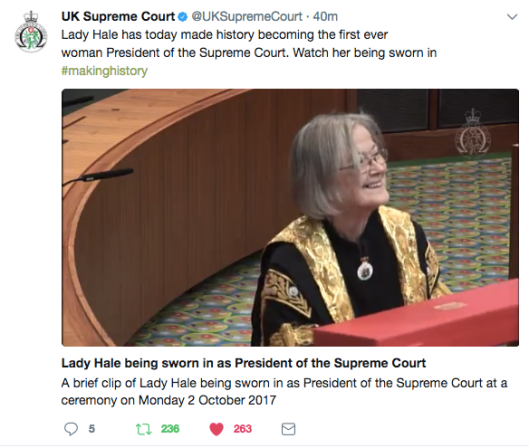