We thought we would start sharing family law judgments more regularly, as they are still being published for the public and offer important insights into how the family courts work.

They also highlight the flaws inside the system, and many of these judgments are made public by family law judges to raise awareness around poor and unethical practice, as well as law-breaking by child protection professionals.

The first judgment stems from a case in which the father had been controlling and manipulative to an extent that the mother had been completely ostracised from her children’s lives.

The children also said that the mother had hit them and had acted in a cruel and abusive manner towards them.

The court found the father’s evidence unhelpful and dishonest, and sought to rehabilitate the children with their mother.

The presiding judge was the President of the Family Division Sir Andrew McFargone (real name McFarlane), who concluded that while the mother had hit the children, the assaults had not caused them significant harm.

This site remains deeply troubled by the judge’s view that the children’s feelings about the verbal and physical abuse they experienced by their mother did not justify more concern, and caution. We hope that this will be taken into account at the next hearing in which contact with the mother will be decided.

You can read the full judgment on BAILII

The second judgment looked at whether parents had the right to consent to living arrangements for a 16 or 17-year-old child which would otherwise be a deprivation of liberty within the meaning of article 5 of the European Convention of Human Rights (ECHR), in situations where the child lacks the mental capacity to make the decision for himself  or herself.

Lady Hale concluded that parental responsibility for a child of 16 or 17 years of age did not extend to “authorising the confinement of a child in circumstances which would otherwise amount to a deprivation of liberty.”

Disagreeing with this view, Lord Carnwath (supported by Lord Lloyd-Jones) saw nothing in the Mental Capacity Act 2005 which detracted from the common law principle or from the definition of ‘parental responsibility’ in the Children Act 1989.

The UK Supreme Court offers a very helpful bundle for this case, including the judgment, a summary and hearing details. 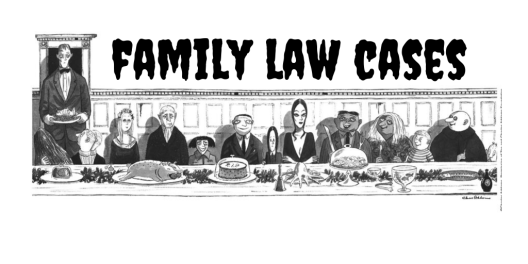