GW Pharmaceuticals has been given the green light by European regulators to produce a cannabis-based medication to treat severe forms of childhood epilepsy in the UK and Europe.

Former Prime Minister Theresa May’s husband Philip May’s company, Capital Group, owns a significant share in GW, which is one of the biggest cultivators of cannabis in the world. Capital Group also has interests in BAE systems and Lockheed Martin.

The approval is the first of its kind for the European Medicines Agency (EMA).

However, Epidiolex has not been approved for use by the NHS over concerns around its effectiveness but will be available privately, which could drive up the price of the medication for families in need.

GW says it is also working towards getting approval for NHS use.

The medication does not contain tetrahydrocannabinol (THC), an element of cannabis which some parents with children suffering from epilepsy say is the ingredient that helps the most.

While this site is for the legalisation of cannabis, the timeline in which this medication was produced and the agents involved leave us feeling deeply concerned.

Our investigation into GW’s production of Epidiolex last June raised some serious questions about whether the former Prime Minister’s husband had used his political connections to stave off competition in the UK from other pharmaceutical companies by keeping the ban on cannabis medication in place until GW was able to produce its own medication, and then seek approval for the product by the EMA, completely unhindered by a competing product.

The promotion of Victoria Atkins to a senior ministerial position at the Home Office despite minimal experience also coincided with GW’s efforts at getting its medication on the market in the UK. Ms. Atkins’ husband owns British Sugar – The company that produces the main ingredient GW uses for its cannabis medication.

If Mr. May did use his connections in government to stave off competition and keep the UK’s cannabis medication ban in place in order to do so, he would also have placed the lives of several children at risk, who need this medication to stop their seizures. Blocking competition and insider dealing are also illegal.

You can see a timeline of events below: 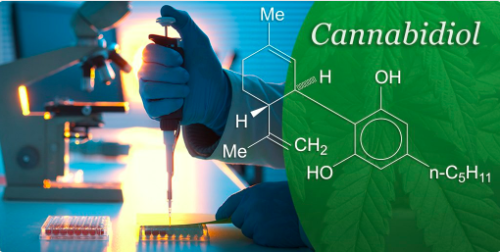