In the first study of its kind, psychologists from the UK and Canada examined previous research and offenders’ cases to try to discover whether psychology-based treatments were responsible for reductions in sexual and domestic violence.

The study found that some programmes for sexual and domestic violence offenders led to significant reductions in reoffending.

The clinical psychology review, which was published in Science Direct on June 29 and produced by the University of Kent in England and the University of Saskatchewan, Canada, looked at 70 studies which included information on over 55,000 individuals.

The report explains how researchers broke down the results of their findings:

Across all programs, offense specific recidivism was 13.4% for treated individuals and 19.4% for untreated comparisons over an average follow up of 66.1 months.

All programs were also associated with significant reductions in non-offense specific recidivism.”

While the results for domestic violence programmes were much less clear, the report makes an interesting finding on what may actually work in this context.

The report suggests that the most effective treatments for domestic violence may be feminism-focused education programmes, rather than psychology based treatments.

This is what the paper had to say about its findings:

However, a set of key predictors did emerge: treatment rated as lower quality; treatments using the Duluth approach; and treatments that were provided at a single institution (vs. multiple institutions).

Initially it was unclear why treatments rated as less evidence-based exhibited more effectiveness. A close examination of program content, however, showed that they tended to be Duluth or purely psychoeducational programs.

This suggests that it is the provision of educational information—that may or may not be rooted in feminism—that is important for reducing domestic violence, rather than complex psychotherapeutic manipulations designed according to “best practice” (Edleson & Syers, 1991).

However, readers should note these suggestions cautiously since they are just that and are based on relatively small ks.

Finally, the superior outcomes associated with treatments administered at a single site suggests that treatments are most effective when administration is tightly focused.”

The study also highlights an important point, which is that the data does not confirm a direct correlation between the programmes and reductions in re-offending. What it offers is the suggestion that these programmes may be able to help with reducing sexual and domestic violence.

You can read the study in full here. 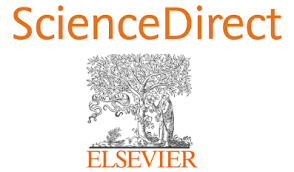