Several high profile peers called on the government to introduce legislation that would make it compulsory for child welfare professionals to report suspicions of child abuse in a debate in the House of Lords.

The calls came during a discussion on the Victims of Crime (Rights, Entitlements, and Notification of Child Sexual Abuse) Bill, on 19 July, which was having its second reading.

The Bill contains a clause (clause 11), which places a statutory responsibility on “any person who works in a regulated profession or works with children in a regulated activity [to] make a notification… if, in the course of his or her work, they discover that a child appears to have been subject to an act of sexual abuse.”

The Bill could also be amended to place a duty on members of the clergy to report child abuse after the Archbishop of Canterbury told the nation’s child abuse inquiry that reporting by clergy should also be made compulsory.

The government dismissed proposals for legislation to make reporting mandatory after it carried out a consultation on the matter in 2016. The results of the consultation were published in 2018.

The Department of Education said that the majority of submissions it received argued against the idea of a mandatory duty to report. That was not the case.

Of the 768 responses it received, 12% wanted to implement a duty right away, while 63% were in favour of allowing the Government’s existing programme of reforms time to be implemented before considering additional statutory measures.

The debate in the Lords highlighted several important points. The first was that the consultation was carried out at a time when the government’s understanding of child abuse was not as great as it is now.

A growing body of research shows clearly that mandatory reporting does not interfere with the running of child protection agencies or bodies, nor does it cause harmful delays or increase costs inside the child protection system. We also know from the research that it can reduce instances of child abuse.

Calls for a mandatory duty to report during the discussion came from Baroness Brinton, the Bishop of Rochester, Lord Marks of Henley-On-Thames and Baroness Benjamin.

The debate also outlined significant findings by the Internet Watch Foundation (IWF) on the rise of child sexual abuse images online, particularly imagery involving girls between the ages of 11 and 13. Some of the data shared in the debate included the finding that from 1 January to 30 June, the IWF handled 22,484 reports of self-generated child sexual abuse content. Of those reports, 96% featured girls.

Although the minority of IWF reports included boys, we must not forget them. A study carried out by Interpol in 2018 found that while boys accounted for one third of child victims online, they were more likely than girls to suffer the worst kinds of child sexual abuse.

While the peers didn’t look at this aspect of abuse in relation to boys, they chose instead to address the abuse boys suffered at the Peterborough and Southampton Football Clubs by football coach, Bob Higgins.

This debate is a must read, for its advocacy on a compulsory duty to report – which Researching Reform fully supports – and for the very important information it contains. 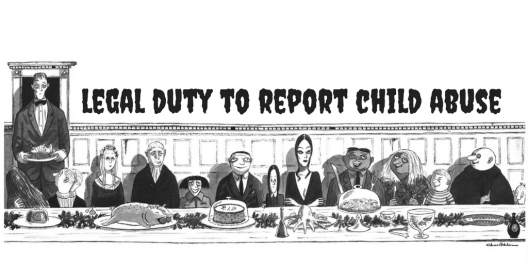