Complaints by families that their mental health is being badly affected by the way Britain’s family courts handle child protection and divorce proceedings are growing.

A rising number of service users on social media sites are reporting heightened levels of anxiety, depression and symptoms similar to Post Traumatic Stress Disorder (PTSD). Some parents are also being diagnosed by counsellors and psychiatrists with mental health conditions including PTSD, which have come about during the Family Court’s handling of their cases.

Failures by councils, lawyers and police to properly investigate abuse and organise support early on are also causing concern. A new law suit filed against a UK council makes several allegations about the local authority’s handling of a public family law case, including failings around providing the applicant parent with proper psychiatric support.

The parent, who was a victim of domestic violence, was also not made aware of their right to obtain occupation and non-molestation orders, leaving them vulnerable to further harm.

The claim says the parent’s mental health was further aggravated by poor social work assessments filled with dangerous inaccuracies, and a psychiatrist’s report which was based on too brief a session to be able to come to any meaningful conclusions about the parent’s suitability to take care of their child.

The system’s less than robust framework and highly variable professional standards across the country are particularly dangerous in light of the serious nature of child protection cases.

One vulnerable mother who saw a psychologist after her mental health deteriorated during a child protection investigation was noted to have been re-traumatised by the process.

The psychologist stated in their report that the damage could have stemmed from forced therapy sessions and prolonged trauma associated with lengthy social work investigations which took place over a period of several years.

Not all families feel they can seek external help when child protection proceedings affect their mental health. Some parents are choosing not to reach out for support when they feel overwhelmed, claiming that the culture inside the system blocks families from being pro-active and protecting their health.

Several domestic abuse survivors have told this site that when they started to feel mild symptoms of depression as a result of controlling behaviour by a partner, they became fearful that councils would use the request for support as an excuse to remove their children from them and place their child with the abusive parent.

The perceived threat of removal in these cases is leaving a significant number of vulnerable parents without the mental health support they need and crucially, allowing their symptoms to get worse over time.

One mother told this site, “I don’t dare to seek help, as SS [social services] may use my mild depression and anxiety caused by coercive control as a reason to take my child and give him to my abuser.”

Being wrongly accused of abuse and experiencing the wrongful removal of a child can also be hugely damaging to parents’ mental health. While investigations are important and the need to establish whether a child is being harmed or is in danger is not in dispute, the current processes and policies around these assessments are primitive and often amount to emotional abuse.

Parents are being routinely accused of domestic abuse without any tangible evidence, often only through hearsay and a social worker’s personal preference for a parent. One mother we spoke to who is currently undergoing a child protection investigation told us that social workers were initially unable to find a reason to remove her child but seemed determined to make a care order.

After months of acute bullying, which included forcing the mother to take her son to a pre-adoption medical examination, the social workers in her case changed tack and claimed that her oldest son who has Asperger’s was a danger to her younger child after her eldest experienced an episode.

The council then applied for an adoption order. The protracted ordeal left the vulnerable mother, who had previously managed her pre-existing mental health conditions successfully, feeling so mentally unstable that she had to start taking her anxiety medications regularly again. She told Researching Reform, “I do feel the courts and LA [Local Authority] make the parents in this process subhuman. At times, they are even abusive themselves.”

There are also serious concerns around social workers not being able to distinguish between pre-existing mental health conditions and court-process induced mental health illnesses.

That confusion is so embedded inside the system that parents now suspect social workers of using the onset of poor mental health during proceedings as a quick and cost-effective way of removing children from parents rather than offering support and assistance.

Parents are often left to deal with heightened mental illness on their own after child protection proceedings. Some parents never fully recover from the unforgiving and impersonal family court process, while some try to find ways to cope with the legacy of a legal system that has yet to modernise.

As one parent explained, “The trauma doesn’t go away, there are always triggers. But I’ll pull myself back, I always do.” 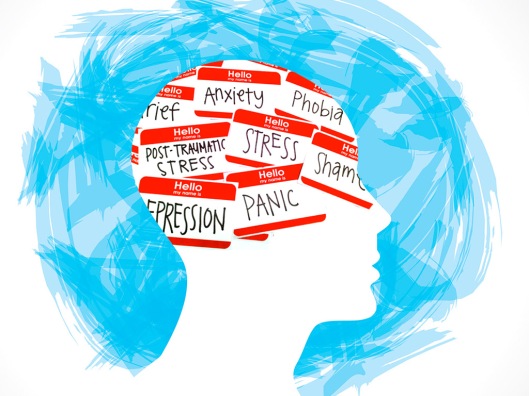