A new task force in Northern Ireland has been set up by the The Department of Health to protect social workers inside the country from violence and abuse. The committee will look at ways in which employers can improve the safety of social workers.

The task force was created after a survey revealed that almost nine out of ten social workers said they had been intimidated by service users. The survey, which received 259 responses, was included in a report published by The British Association of Social Workers (NI) in June 2018, called “Insult and Injury: Exploring the impacts of intimidation, threats and violence against social workers”. Over half of social workers (51%) who took the survey held positions in Children and Family Services.

The creation of the task force was revealed at the end of last month, by Chief Social Work Officer for Northern Ireland, Sean Holland, during a conference held by the British Association of Social Workers UK. We reached out to Sean for comment, but have not yet received a response.

Despite being instrumental in organising this task force, the Chief Social Work Officer has chosen not to make a loud noise about the development on his Twitter account, choosing only to retweet a radio interview which was aired at the start of the week on U 105.8FM with the National Director of the BASW NI, Carolyn Ewart, who discusses the task force. The decision not to push the campaign on his Twitter account could stem from a concern that service users, who feel they are routinely targeted and abused by social workers, may react angrily to the news.

The report suggests that three-quarters of social workers in Northern Ireland have received threats and half have been subjected to physical violence. Social workers also claim that service users are abusing the complaints process as a way of intimidating them, which they say is undermining their confidence to carry out their jobs successfully. Other intimidation tactics described by social workers included:

The report features several quotes by social workers describing their day to day experiences while carrying out their jobs. A Residential Childcare Social Worker told the authors of the report that, “It wasn’t so much being threatened by the young person, it was.. the relentless abuse of myself and my colleagues, on a daily basis, that was difficult to deal with”.

The findings also include information about the types and frequency of threats, with 75% of social workers surveyed saying that they had received threats of violence against them, their family members, colleagues and the organisations that they worked for. A Children’s Services Social Worker offers her experience of this in the report. She says, “On one occasion when trying to remove a child from a house with police, a service user threatened to get his gun and shoot my colleague and me. Fortunately the police removed the weapon”.

The report makes 13 recommendations which include self defence training, the provision of safety alarms or security apps for social workers, reporting procedures, the production of a guide by BASW NI, and an audit of security features within all social work workplaces. There is also a recommendation to allow social workers to be transferred away from cases if they would like to be moved after experiencing abuse.

The report’s findings will upset families going through the child protection system, who feel that social workers have long targeted them for their personal circumstances, treating them poorly and placing personal and professional interests above the interests of the families and children they come into contact with. Complaints processes are often the only way that families can highlight poor or unethical treatment inside the system, though they are often ignored and more likely to be subjected to abuse and vendetta driven decision making after complaining. The use of police to remove children from family homes is also a deeply traumatic experience for children, and parents can react aggressively to these practices.

The use of recording equipment to make a record of meetings has become increasingly widespread, after families began to notice that their explanations and descriptions of events and family histories were being inaccurately quoted by social workers in child welfare reports. It is not a coincidence that recordings have increased as more confirmed cases of social workers fabricating evidence come to light. There is also currently no right for families who feel targeted by their social worker to be transferred to another child welfare professional.

Families going through child protection proceedings have reacted strongly on social media to the creation of the task force. One service user posted:

“What about the threats [social workers] make and the documents parents are forced to sign under duress or without being fully informed of the consequences?”

A mother with several years’ experience of the child protection sector said, “I think if there was some accountability there would be less anger,” while a family law researcher and expert witness took the view that the abuse was a foreseeable result of poor practice.

While violence is never acceptable, and our site does not condone it in any context except for legitimate self defence, research looking into social workers’ experiences of their interactions with service users has to be placed within context, and cannot be fully understood in a standalone survey.

Many thanks to Dana for alerting us to this development. 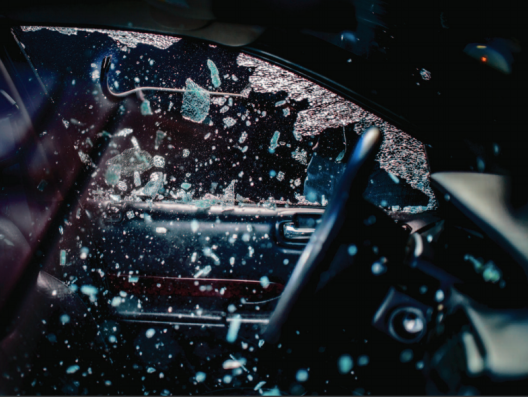