Her Majesty’s Courts & Tribunals Service is holding an open event in London, on 29th October, to update family lawyers and service users about its £1billion reformation programme. Those who cannot attend will be able to watch the event through a live stream.

The event is one of several seminars aimed at informing the public and legal professionals about reforms being implemented across civil and criminal courts. The seminars come amid claims from the National Audit Office that HMCTS has failed to deliver on reforms due within the first phase of improvements.

The NAO’s report highlighted several concerns, including the following:

You can read HMCTS’ response to the concerns here.

The family courts seminar on the 29th October is a face to face event, which will showcase some of the services which are already up and running, and which HMCTS claims is making a difference to court users. The event will also offer a look at services which are still in production but due to be released over the next few months.

The seminar will give attendees and online audiences an overview of the following areas:

The event organisers are now inviting people to register their interest in the conference, but explain that booking a place does not automatically guarantee confirmation of attendance, as they will be prioritising seats for legal professionals and professional court users. After reviewing applications, the organisers will notify successful applicants via email and provide them with a ticket.

Attendees and internet viewers will be able to ask questions during the seminar using online software called Slido, however questions can be sent in beforehand to changesomethingthatmatters@justice.gov.uk, and should include your name, area of practice and organisation along with your question.

The seminar team will also be recording the live stream and taking photos at the event, and so for those attending there is the option at the bottom of the event page to ask that you are not included in their media footage. Your contact details will also be used to send you further updates about the programme, which you can also decline if you wish.

The event will be held at the University of Westminster, on Monday 29th October, from 5.30-7pm. You can request a seat, or live stream access, using their Eventbrite page. 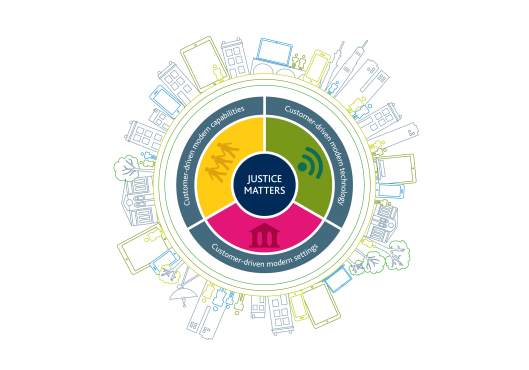 4 thoughts on “Family Court Reform Event Opens Its Doors To The Public.”