Children and education complaint decisions by the Local Government and Social Care Ombudsman (LGSCO) have revealed that the law prevents the independent body from investigating matters which have been raised inside the family courts.

Child protection reports, family assessments for court proceedings and adoption orders are just some examples of documents which the Ombudsman is unable to review as a result of the legislation.

This exemption appears to be little known, as the LGSCO’s weekly publication offering details about the decisions it has made, shows an ongoing spate of cases requesting that the reviewing body intervene in alleged family law malpractice and misconduct.

The LGSCO’s most recent update features a significant number of cases where parents have asked it to look into social worker misconduct, report production, faults within the adoption order process and duty of care breaches towards children going through the courts.

There is also a complaint about Section 20 agreements, which is topical, after the Supreme Court ruled yesterday that councils must provide parents with full information about their rights, and the process regarding Section 20 arrangements.

The complaint involves a mother and her child. The child was placed in a care home after the mother signed a Section 20 agreement. The mother contends that she was not fully informed of her rights under the agreement. The social worker alleged that she had explained those rights under the agreement several times to the mother. Unfortunately, as there is no law requiring these agreements to be written down, there was no way of proving whether or not this was the case. The facts within the complaint are detailed and not as simple as this brief summary suggests, but what is also important is that the mother alleges she was coerced into signing the agreement.

It really doesn’t take a genius to figure out why written agreements are a win-win for everyone.

You can access the latest children and education complaint decisions by the LGSCO here. 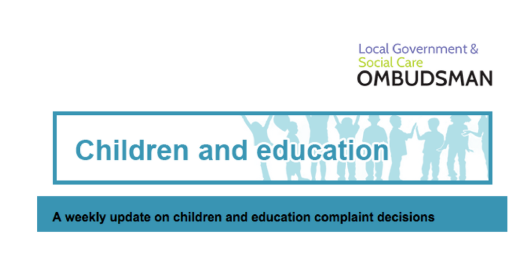