Three cases have surfaced which test the boundaries of councils’ and other government bodies’ duties of care around vulnerable children.

This case involves two men who were children at the time, and who along with their mother, were placed in accommodation near a family with a history of  anti social behaviour. The mother and her sons, one of whom was severely disabled, were targeted, and suffered deep distress from the harassment they experienced, with one child trying to commit suicide as a result. The family had tried to get help from the local authority, police and housing association, without success. They were relocated some time later.

The case has now made it to the Supreme Court, and looks at whether the local authority has a duty to protect children from harm by third parties whilst under the council’s control. The appeal will take place over a day and a half with the hearings set to end today. Lady Hale, Lord Reed, Lord Wilson, Lord Hodge and Lady Black are reviewing the case. Aswini Weereratne QC, Caoilfhionn Gallagher QC and Nicholas Brown are acting on behalf of Article 39 & the Care Leavers’ Association.

Individuals who were abused as children in Rotherham are awaiting a decision from the Supreme Court on whether they can bring a case to hold local authorities accountable in negligence for exploitation at the hands of grooming gangs and paedophiles. The action is being led by Sammy Woodhouse, who is herself a survivor of child sexual abuse in Rotherham. 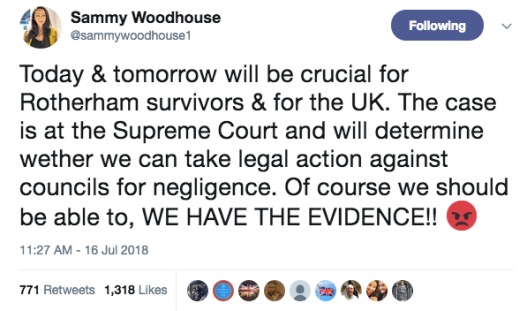 A high profile case in Dublin, Ireland looking at the legality of forced adoptions, has resulted in a settlement after a mother challenged the state and the religious organisation responsible for removing her son from her care, 57 years ago.

The media in Ireland had previously revealed a host of illegal registrations, as well as evidence of tampering with birth records, including name changes, cash payments and other ‘irregularities’.

The case is likely to offer hope to forced adoption campaigners, who would like to see the practice of non consensual adoption come to an end in the UK. 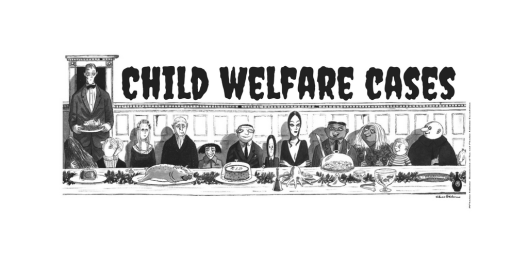