In a letter published in The Guardian today, Legal Action For Women has called out the government on their child protection policies, accusing it of using vulnerable families to enable vast profits through the privatisation of children’s homes and fostering agencies.

They very kindly sent us the article, which was co written by the Support Not Separation Coalition and Single Mothers’ Self-Defence, so we are adding it below:

“There is widespread condemnation (Letters, 20 June) at Trump separating immigrant children from their families. But in the UK, away from the public gaze, social workers escorted by police take terrified children from their mothers every day. Louise Tickle urges a “complete reset of attitudes in children’s social care away from removing children and towards supporting families” (Opinion, 15 June).

Our self-help mothers’ group receives calls daily from desperate women whose children or grandchildren have been removed or are being adopted against their will – forced adoptions are the highest in Europe – on speculative and biased assumptions of “emotional harm and neglect”.

In a recent ruling, Judge Mostyn was scathing about a, “44-page witness statement”, by a Carmarthenshire social worker “very long on rhetoric … but very short indeed on any concrete examples of where and how the mother’s judgment had been deficient”. Examples of “emotional harm” he rejected as “inconsequential and trivial” included failing to take her son out for ice cream and to arrange for him to have the hair cut he liked.

What drives social workers to prioritise taking children on such heartbreakingly spurious grounds? The practice follows the money. Tickle says that “half of the country’s entire public spending on children is going on those 73,000 children [in care]”. But she doesn’t say that 80% of children’s homes and 40% of foster care have been privatised. Thus millions are spent on feeding an increasingly privatised and growing child protection industry: over £2,000 a week for each child in institutional care; at least £450 for foster care.

The law offers a humane alternative. Section 17 of the Children Act 1989 instructs local authorities to provide support, including financial, to families so they can stay together; the Care Act 2014 entitles disabled mothers to extra help. But these provisions are hardly ever applied. Thus the “corporate parent” is paid vast sums to replace the impoverished mother (86% of austerity cuts have fallen on women). The way the law is implemented is an abuse of power and must be stopped.” 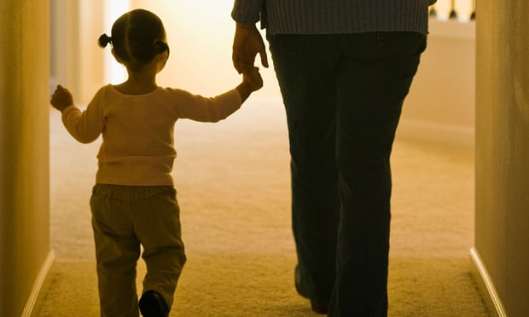