A new report produced by Women’s Aid and Queen Mary University Of London, says that the family courts are failing to recognise and protect the rights of abuse survivors by not providing safe, and fair, hearings, as well as placing survivors’ children at risk.

Queen Mary’s website offers the following information on the report, entitled “What about my right not to be abused?” Domestic abuse, human rights and the family courts:

“The report found that nearly a quarter of survivors, 24%, reported that they had been cross-examined by their abusive ex-partner during court hearings, which breaches survivors’ human right to be free from degrading treatment.”

The finding is also at odds with previous guidance set down in Practice Direction 12J, which asks the court to intervene where an alleged victim is about to be crossed examined by an alleged, or convicted, abuser. However, the court is not required to intervene unless invited to do so by the alleged survivor.

Whilst it is currently forbidden for this kind of cross examination to take place in criminal courts, government has still not made good on its promise to draw up similar legislation to prevent this practice in the family courts, something they promised to do quickly, in December of last year.

The Queen Mary website outlines the key findings from its report, which we have added below:

No special measures for protection in court

Three in five survivors (61 per cent) reported that there were no special measures – for example, separate waiting rooms, different entry/exit times, screen or video link – in place in the court despite allegations of domestic abuse in their case.

According to the report, the lack of measures to protect survivors from abuse during the court process negatively impacts on their ability to give evidence and prevents them from effectively advocating for their children in court.

Despite these figures, unsupervised contact with an abusive parent was most likely to be awarded in the cases outlined in the report. This reinforced findings from a recent report by Cafcass and Women’s Aid which revealed that unsupervised contact was ordered at the final hearing in almost two in five cases where there was an allegation of domestic abuse (39 per cent).

In the most extreme cases, contact decisions threatened survivors and their children’s human right to life when contact orders placed them in unsafe proximity to abusive ex-partners or confidential information about their address or location was revealed during the court process. The report argues that survivors’ lack of access to a fair hearing is putting children’s wellbeing and safety at risk.

Professor Shazia Choudhry, Professor of Law at Queen Mary University of London, said: “When the Human Rights Act was passed in 1998 it was heralded as an opportunity to “bring rights home” in order for British citizens to argue for their human rights in British courts. What this exploratory research has demonstrated is that this has not been the case for a number of women survivors of domestic abuse in the family courts.

“This research indicates that the human rights of these survivors to their family life and to be free from discrimination are not being given sufficient effect in the domestic family courts. Moreover, there is evidence of the family courts failing in their responsibility to prevent and investigate acts of violence towards these survivors and facilitating or failing to challenge a climate of gender discrimination within the courtroom.

“The findings of this research are deeply concerning and requires urgent attention from both the judiciary and the legal profession.

The report has been released to coincide with the closing of the government’s consultation on the Domestic Abuse Bill. Quantitative and qualitative data was collected from 72 women living in England. Their experiences of family courts confirms and builds on findings from existing research in this area. ”

You can read the report in full, here.

Further information on this topic: 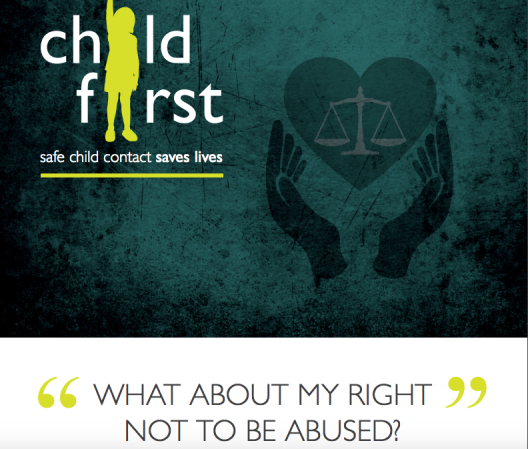