As the child welfare sector becomes more open to the idea that adoption is not an easy choice, or cure-all, for anyone involved in the experience, a growing number of voices inside the family justice system are inviting discussion on the best way forward for vulnerable children.

McFarlane, a judge now widely considered to be the front runner to replace Sir James Munby as President of the Family Division in July, gave a speech at the NAGALRO annual conference in which he offered support for the view that adoption should no longer be seen as the first option in cases where children could be at risk of harm. He appears to take an enormous amount of credit for the burgeoning movement looking at more open approaches to contact, and at times seems out of touch with modern life – he mentions adoption programmes produced by the BBC and tells the audience that they are available to watch on “the iPlayer” – but we’ll forgive him all that if he can actually effect change.

But it’s what’s going on at ground level which is most fascinating. For the first time, social workers are finding the courage to speak out about day to day practice, with some beginning to question whether what they’ve been told, and trained to do, is actually in the best interests of the children they are meant to be supporting. Jo ward and Joe Smeeton’s paper on adoption, “The End Of Non Concensual Adoption? Promoting the Wellbeing of Children in Care,” was incredibly well received by families across the country, with many praising the social workers’ thoughtful and sensitive approach to adoption.

Another social worker, Simon Haworth, has also questioned the benefits of adoption, and in the process showed the social work community that discussion and debate are vital aspects of developing and improving any system which needs to stay current in order to deliver the best possible service. These brave voices are paving the way for much needed reform and ensuring that wherever possible families are kept together.

There are however, some children who will, for various reasons, need to live with adoptive parents. The latest thinking on this form of support for vulnerable children is also changing, with the once taboo view of contact with birth parents – which has been largely prevented through legislation and policy – now taking a more central role.

A report by the Centre for research on children and families (CRCF) looks at contact after adoption, and concludes that contact with birth families is vital, to allow children the chance to understand themselves better and cultivate their identities. The benefits of contact with birth families extended to the adoptive family as well, with the findings strongly indicating that it improved relationships within the dynamic. Spending time with their biological families also offered children huge advantages, including developing important relationships and being able to be open and honest with their adoptive parents, too.

It’s a slow and winding road, but we are getting there.

Very many thanks to Dana for sharing the CRCF report with us. 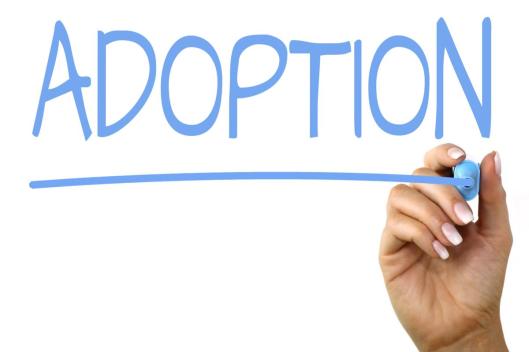