Yet another social worker has been exposed for making up evidence in a child protection case, which could have resulted in the mother losing her child to the care system.

Linda Fraser, who works for Bristol city council as a senior social worker, edited child protection records in order to persuade the judge to place the child in care. Ms Fraser then lied to the court about having done so.

District judge Julie Exton found that Ms Fraser had added new information to case notes in order to bolster evidence against the mother. Ms Fraser then tried to suggest she was suffering from poor mental health and stress at the time and could not remember altering the records. The appeal court wasn’t buying it, and details of her conduct were sent to the Health and Care Professions Council (HCPC), who then summoned Fraser before a disciplinary panel.

During the HCPC hearing, Ms Fraser denied several counts of misconduct, including suggesting to a court that it was the children’s social worker who had made the edits.

For reasons which remain unclear, the HCPC allowed Ms Fraser to give her evidence in private, using a measure usually reserved for vulnerable witnesses.

Ms Fraser also asked that live tweeting at the hearing be stopped, however upon the HCPC panel receiving legal advice on the matter, the panel refused her request.

The fabrication of evidence inside the Family Courts has become an epidemic. Google “social worker fabricated evidence“, and page upon page of reported cases come up. And those are just the publicly available ones. There is also an alarming number of Freedom Of Information requests investigating the issue.

The case above throws up the important, though admittedly unsexy, question of whether edits of child protection files should be formally tracked, with names and dates of parties making the changes all recorded. It is something Researching Reform addressed at the beginning of this year, when a similar case was made public. With the right software, and a good document production policy in place, this could be easily achieved, at minimal cost. This was what we proposed in January:

There may be a simpler way of doing this. Then again, the above process may just deter people from engaging in unethical behaviour in the first place.

Many thanks to Sabine for alerting us to this case. 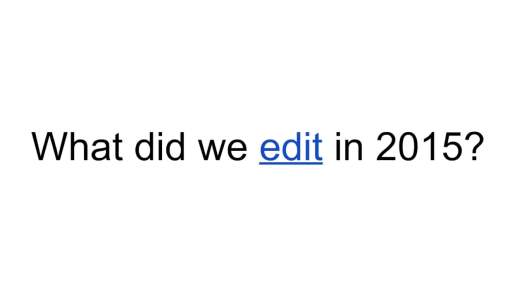