The government has started to rethink the way it addresses domestic violence within families, with a focus on how it affects children and the way in which perpetrators are dealt with.

Child protection professionals are being urged to put preventative measures in place, so that violent partners cannot go on to new families and engage in a cycle of domestic abuse. The current policies in place which work to separate families from their abuser do not prevent that abuser from moving on to different families and engaging in domestic violence with new family members.

There are several pieces of legislation which have been brought in to address childhood experiences of domestic violence:

Under the Serious Crime Act 2015 (section 76), a new offence of ‘controlling or coercive behaviour in an intimate family relationship’ came into force in December 2015.  This provision tells us that:

‘Any incident or pattern of incidents of controlling, coercive, threatening behaviour, violence or abuse between those aged 16 or over who are, or have been, intimate partners or family members regardless of gender or sexuality. The abuse can encompass, but is not limited to: psychological; physical; sexual; financial; and emotional.’

There is also the Adoption and Children Act 2002 (section 120), which extended the definition of ‘harm’ as defined under the Children Act 1989 to include:

‘..impairment suffered from seeing or hearing the ill-treatment of another.’

A joint report published on 19th September, by Ofsted, the Care Quality Commission, Her Majesty’s Inspectorate of Constabulary and Fire & Rescue Services and HM Inspectorate of Probation in Wales entitled “The multi-agency response to children living with domestic abuse – Prevent, protect and repair”, highlighted a number of failings and calls the widespread prevalence of domestic violence a public health issue.

Amongst the concerns raised by the report, the most significant related to how professionals were going about preventing domestic abuse and finding ways to repair the damage it causes. It found that very little was being done to address these areas, that the amount of research and guidance on tackling these issues was minimal and that more work needed to be done to create and implement effective prevention strategies.

Just as importantly, the report noted that a long term approach to protecting children from domestic violence in the home needed to be established. Current policies which damaged children further were also highlighted. Requiring a child and non violent family member to relocate in order to avoid the perpetrator isolates children from their friends, family and school, and was cited as one such example of further and prolonged damage to children experiencing domestic abuse.

Alarmingly, child protection agencies appear to be routinely ignoring the perpetrator of abuse, placing far too much emphasis on the victim as the solution to the problem. The report does well to highlight the fact that separation can often lead to more violence. We know from research that the first few weeks of separation from a violent partner are often the most high risk – we also know that there is a spike in domestic violence when the non violent partner decides to leave the home.

The report also highlights an ongoing lack of understanding about how domestic violence affects children, which is deeply worrying, with some agencies not even asking about the welfare of children involved, at all.

Information sharing between agencies, one of our big bug bears, continues to be an issue, and low level awareness all round about how abuse affects children prevails, despite the new laws above that have been put into place.

However, the report is part of a wider picture which is emerging, as government bodies and members of the judiciary try to raise awareness and ensure that children are protected.

This is an extract from a statement Munby published on Family Law last week:

“The new PD12J contains numerous amendments, many of important substance. Here, I highlight only two:

There have been recurring complaints in Parliament and elsewhere of inadequate compliance with PD12J. I am unable to assess to what extent, if at all, such complaints are justified. However, I urge all judges to familiarise themselves with the new PD12J and to do everything possible to ensure that it is properly complied with on every occasion and without fail by everyone to whom it applies.”

If these developments tell us anything, it is that we need an excellent digital resource which offers up to the minute information and guidance on every area of child protection, in a quick and easily digestible format. Something else we have been campaigning for, for many years. We very much hope the government will consider this idea more robustly now, as it presents an incredible opportunity not only to protect children properly, but to do so at low cost, ongoing. 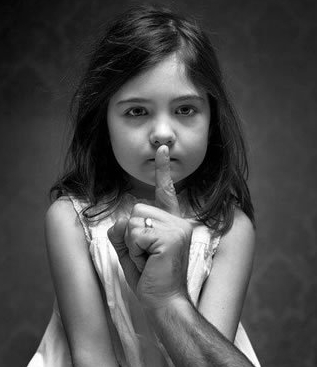