The British legal system is famous for being slow when it comes to adapting to change, but occasionally individuals inside the system try to move things along.

Judge Peter Jackson has hit the headlines for publishing an unconventional Family Court judgment about a fourteen year old boy involved in a contact dispute. The judgment includes a letter addressed to the boy, known as ‘Sam’, in which the judge explains how family law matters are resolved, and the reasons behind his decision. Jackson even invites Sam to reply to his letter if he’d like to.

The inclusion of a letter to a child in a judgment, and the invitation to write back to a judge are highly unusual but clearly designed to empower children going through the court process.

This is not the first time Justice Jackson has tried to address child rights concerns inside the Family Court. In 2016 he produced the first ever judgment incorporating emojis, with a view to making the text more accessible to the children involved in the case. Judge Jackson also used simple language and clear phrasing to make the judgment easier to follow.

Going beyond the current requirements of a judge has become Jackson’s trademark. He once visited a dying girl in hospital, whose case he was presiding over, at the young girl’s request. She told Justice Jackson that she wanted to be cryogenically frozen so she could come back in the future.

And you might remember a terribly sad case involving a 13 month old baby called Poppi Worthington, who died of horrific injuries at the hands of her father. It was Judge Jackson who listed 12 separate failings by police which may have contributed to Poppi’s death. Jackson’s judgment was followed by a House Of Commons debate calling for an Inquiry into her death.

Pro active and eager to inform himself, Justice Jackson was a participant at the Slovak Embassy’s Round Table discussion on child protection in 2015, alongside former President Of The Family Division James Munby. The discussion was held during the height of a child protection scandal involving UK based children from Slovakia.

Jackson’s interests don’t just span child rights and access to justice, he is a keen advocate of transparency too. In 2011 he was responsible for a landmark ruling in The Court Of Protection, where he granted the media permission to name all the parties in the case. It was the first time that a judge in The Court Of Protection allowed this kind of identification to take place.

A pioneer, Jackson clearly has several firsts under his belt. Whilst we think he can do more – and we make no comment about his line of reasoning in the recent letter to Sam, or the effectiveness of the emojis sprinkled inside last year’s judgment – these actions represent developments which judges in the Family Court should acknowledge, and try to better.

An interesting judge trying to reach our children, and listen to their innermost voices. 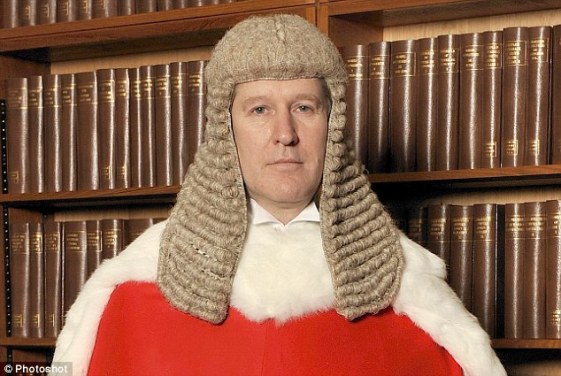