Charlie Gard, a baby boy with a rare genetic condition is due to have his life support cut off tonight at midnight, unless the parents’ legal team can convince the Supreme Court that it is in his best interests to delay the decision.

That is what his parents are arguing today at an emergency hearing. London Live spoke to Researching Reform about the case and whether we felt the parents’ decision to keep fighting for Charlie was rational or whether their love for their son had made them less objective.

We explained the reasons for the hearing today and what possible arguments the parents’ legal team might be making. We also told London Live that we were in favour of Charlie going to America for the treatment, because the evidence supporting the view that the pioneering treatment would not work did not exist and that medical opinion in the case was largely subjective.

We very much hope that the Supreme Court will halt the decision to switch off Charlie’s life support tonight, and agree to a full hearing so that the parents can invite the Court to reconsider Charlie’s options, and allow him to travel to America for treatment.

If you have a moment, do read the Appeal Court judgment,  if only to read the American doctor’s statement where he suggests that treatment could benefit Charlie, evidence which continues to be ignored by the judges involved in this case. There is also an interesting paragraph where Justice McFarlane highlights two grounds which he felt were powerful enough on their own to grant permission to appeal, and reference to the Ashya King case which we made ourselves in April as a strong case against allowing highly subjective and pessimistic medical views to get in the way of alternative treatment and parents’ gut instinct which is often right.

Thank you to the amazing team at London Live for inviting us on to the programme. You can catch them over on Twitter at @LondonLive. 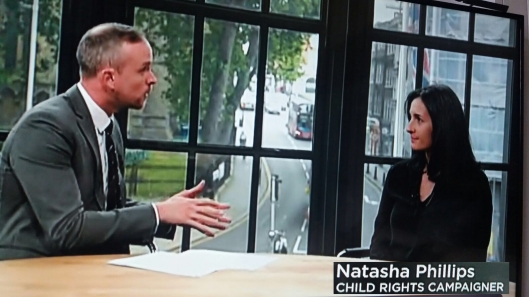