Diane Berresford lost her baby through a forced adoption and is now looking to be reunited with her daughter, Sarah, who turned 18 three months ago, in February.

An article in the Derbyshire Times offers more details, not just about Diane and Sarah, but about the child protection process and is a must read for anyone working in the sector.

Far too often families inside the family justice system feel as if they’ve been badly treated, ignored and bullied. Of her personal experience with child protection professionals Diane says:

“A day after my daughter’s first birthday they came to remove her from my care. They wanted her to go into foster care. I said ‘over my dead body’ but they said if I didn’t co-operate, they would call the police.”

She also goes on to describe the assessment process and why its flaws can make it all too easy to remove children from parents who with a little help and support could take care of their children without losing them to foster care and adoption. This is how the experience of being assessed made her feel:

“When you have someone watching you constantly you feel like you’re doing something wrong when you’re not. They were like vultures over my shoulder. It was difficult to show them I could be a good mum when I was having the supervised contact.”

That she was only given six months to try to demonstrate better parenting skills and didn’t appear to have any kind of support from social services is also important, however Diane’s experience was almost two decades ago and although there is still a lot of work to do, awareness of the above issues has grown.

Diane was receiving yearly letters until Sarah turned nine, at which point the letters stopped. It is not clear whether Sarah decided she didn’t want her mother to receive these updates or whether the adoptive parents just decided they didn’t want to send them anymore.

Now that Diane’s daughter is eighteen she is legally able to try to make contact, and this is what she hopes to do. If you have any information that could help Diane, you can find her over on Twitter at @candeebabe1979. 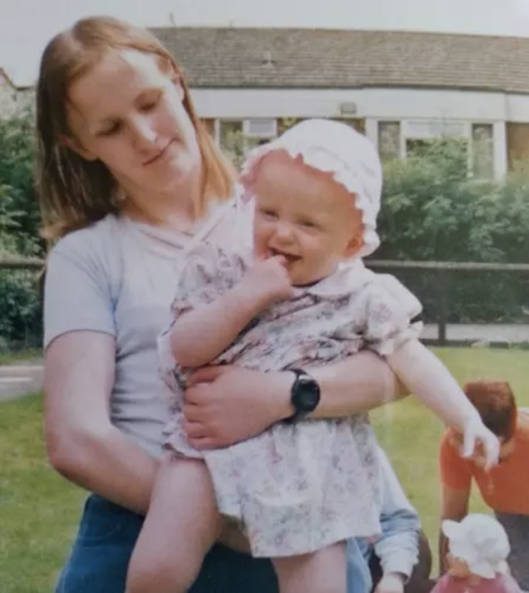 14 thoughts on “Urgent Appeal: Can You Help This Mother Find Her Daughter?”