It was the judgment that brought to an almost grinding halt the seemingly unstoppable tide of adoptions taking place in England and Wales.

During a judgment in 2013, President of the Family Division Sir James Munby told the court and those working in the Family Justice System, that adoption was a method of last resort and that extended family members had to be considered before making such a draconian order.

What followed was a sharp drop in adoption numbers as local authorities feared adoption orders would lead to a backlash. Adoptions are still on the decline four years on, with recent year on year figures highlighting this trend. It’s a trend adoption and foster agencies are keen to stop.

A recent article over at Community Care which looks at whether Special Guardianship Orders are being used safely includes comments from adoption and fostering agencies which suggest that SGOs are reckless arrangements which endanger the lives of vulnerable children. Unlike adoption orders, SGOs usually place children in the hands of extended family, long time carers or a person the child is familiar with.

The article questions whether Special Guardianship Orders (SGOs) are safe, after a serious case review for Keegan Downer, an 18 month old baby who was killed by a relative after being granted an SGO, was published. Adoption and fostering agencies may see this case and others as an opportunity to sway policy back in favour of an implicit presumption of adoption.

Andy Elvin, who is the chief executive of TACT, the UK’s largest fostering and adoption charity slash agency, says the recent serious case reviews “broadly” represent things more commonly going wrong with SGO placements. He told Community Care that child deaths at the hands of Guardians “will continue to [crop up] until someone does something sensible about it”.

Naturally he goes on to defend fostering and adoption processes and suggests they are more robust than SGO procedures:

“SGO assessments just aren’t rigorous enough. It’s not a local authority’s fault, they aren’t being given the time to do them,” Elvin says.

And there is comment from CoramBAAF, too, a fostering and adoption agency and one with a potential conflict of interest, as it merged with a children’s legal centre in 2011 and now offers legal advice on adoptions and related issues as well.

John Simmonds, the director of policy at CoramBAAF, takes the view that the government’s changes to SGO assessments have made no difference at all. An odd view given that the changes John refers to only came in after Keegan Downer’s death. John goes on to say:

“You can try and up the game on regulation, but if you don’t have the time and resources to do what then needs to be done, they become meaningless, so I haven’t seen any difference whatsoever. These are vulnerable children in very vulnerable circumstances – haste does nothing, and the rule of optimism does nothing to help with that.”

Whilst both Simmonds and Elvin have a point about time and resources, this point stretches right across the board to adoptions and fostering arrangements as everyone scrambles to meet the 26 week deadline for care proceedings. It’s ridiculous, and irrational to blame SGOs for child deaths when the entire system is struggling to manage risk and child welfare concerns with borrowed time, fewer resources and inadequate training for such specialist work. We also know that children die at the hands of adoptive parents, too, though no data has currently been collected to highlight whether these kinds of deaths are more prevalent than child deaths at the hands of Guardians.

The article in Community Care, which is balanced and well written, offers a counter point to the adoption and fostering agency’s self interest-driven scaremongering.

Cathy Ashley, chief executive of the Family Rights Group warns about the dangers in making huge generalisations about SGOs, and Judith Harwin, co-director of the Centre for Child and Family Justice Research at Lancaster University, who is researching special guardianship and breakdown rates says the risk is low for most children, and concerns that SGOs are dangerous might be the reaction to a “minority of extreme cases”.

An excellent article, and well worth a read. 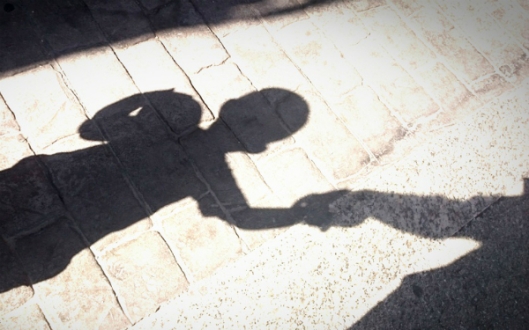 Many of our readers are grandparents who are unable to see or visit their grandchildren after parental divorce or separation, so when we saw this debate in the House of Commons, we thought it was important to share it.

On 25th April, David Mackintosh MP hosted a discussion in Westminster Hall which asked the House of Commons to look at grandparents’ ability to see their grandchildren when a change of circumstances within the family unit takes place.

Several issues come to light in the discussion. The first is that a lack of contact with grandchildren after separation or divorce is far reaching and appears to be affecting a substantial, and ever growing number of grandparents across the country.

A charity in Northampton called GranPart is also mentioned, which acts as a support group for grandparents who have lost touch with their grandchildren.

A suggestion to insert a new clause in the Children Act 1989 that bolsters grandparents’ access to grandchildren is also made, much like the amendment pushed through in 2014 which encourages family courts to work from the presumption that both parents should be involved in a child’s life where right for the child.

Matthew Offord MP suggests switching perspective and copying France: there, children are given the right to contact with extended family.

Some grandparents felt that the court system was entirely the wrong place to sort out contact between themselves and their grandchildren, due the traumatic nature of the process.

The idea of removing a current barrier to access in the form of grandparents having to ask permission to apply for contact was also put forward, replacing it with an automatic presumption allowing applications for contact.

There was also the suggestion to offer grandparents free legal advice to better understand the process as it can often be complicated for grandparents who are hoping to reconnect with grandchildren. For example at the moment, grandparents have to ask permission from a court to apply for a child arrangement order, but they can only apply if they have lived with the child for three years. Permission to ask for contact can cause problems for grandparents because of the thresholds in place which include several requirements.

Once such requirement is that grandparents must have stayed with the child for a minimum of three years. However, this is a crude measuring stick, because whilst some grandparents may not have spent three years with the child, they may be on hand regularly providing significant support and assistance. This point is also discussed at the meeting, and a proposal to consider child minding as a key factor in negotiating contact between grandparents and their grandchildren is mentioned.

The debate is worth reading in full, for all the thoughts put forward and also the very sweet sentiments expressed by MPs who also happen to be grandparents, like this one from Jim Shannon:

“I declare an interest—because I am of that age—as a doting grandfather. Looking round the Chamber, I am not sure whether everyone is a grandparent, but I know that you, Mr Streeter, are one of the people who have achieved that goal. When I held my eldest son Jamie in my arms some 29 years ago, I thought that nothing in this world could top the pride and love that I felt as I looked into that perfect little face. I was wrong. There was a little girl who made her way into this world and into a special place in her grandfather’s heart that had never been touched before. My little Katie is eight years old. When I thought there was no more room left in my heart, little Mia came along—she is just three years old—underlining the fact that there is nothing more enjoyable than time with grandchildren. There is also the fact that, as we all know, they can be handed back whenever they get a bit stroppy. That is one of the great advantages of being a grandparent.”