The government has just announced that it will carry out a series of inspections on public bodies working with neglected children.

The inspections which will start in May this year, aim to assess how effectively organisations like local authorities, police and probation services work together to help and protect children aged between 7 and 15, the age group considered to be most at risk of neglect, abuse and exploitation.

There will be 6 inspections, which from May until December will focus on children’s experiences at the hands of these organisations. Findings highlighting what works and what needs to be improved will be published when all six inspections are complete.

A further overview report will then be published to offer guidance on good practice in this area.

An initial series of inspections were carried out in January 2016 which looked at children at risk of sexual exploitation, and those who went missing from school or care.

We hope the latest round of inspections reveal the deep dysfunction amongst these organisations who continue to work against, rather than with, each other. There is still an enormous amount of mistrust between agencies like the police and the local authority, which often has serious consequences for the children in their care.

We’ll keep you up to date with any developments.

Thank you to Nick for alerting us to this item. 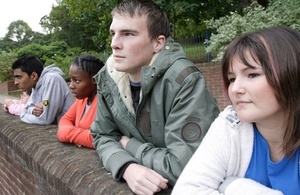 25 thoughts on “Local Authorities’ Handling Of Neglected Children To Be Investigated.”