A medical researcher in the Netherlands has concluded that the surveys Dutch doctors use to detect child abuse very often leads to false accusations.  As of 2011, all emergency rooms and GPs in the country have to fill out a child abuse detection questionnaire whenever they treat a child. It is currently the only country in the world which has this kind of mandatory screening for child abuse.

The article tells us:

“Schouten investigated over 5 thousand such questionnaires from five Utrecht doctors. For her study, she kept track of how many negative and positive scores there were, and then how many of those children were in touch with child welfare or were reported to the child abuse hotline in the following 10 months. She found that in 92 out of 100 cases the suspicions were unfounded. And in 1 out of 100 cases, signs of child abuse were missed. “

The researcher proposes that instead of accusing parents straight off, developing good communication with families and approaching any injuries with a view to working out what caused them first, are far better ways to safeguard children.

Whilst the UK does not employ exactly the same methods when it comes to detecting child abuse, the GMC have issued ethical guidelines for doctors which are at face value positive and pro communication and support. This is an extract from the guidance:

However, there are similar problems with incorrect diagnoses of abuse here. Whilst child abuse referrals have soared, the level of child abuse actually detected has not increased.  In the past false accusations have been made through diagnoses based on photographs . Other methods such as secretly filming parents and diagnosing mothers with controversial mental health disorders have also been used to detect abuse, but continue to cause debate.

Our question then, is just this: what could the UK child protection system do to ensure better detection of child abuse and a reduction in rates of false diagnoses?

We have very strong views about this, but we’ll hand over the floor to you. 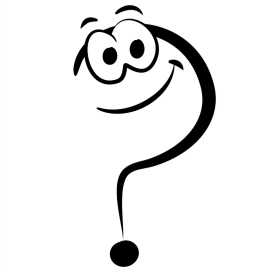