This month for The Huffington Post we decided to write about an unacceptable trend in our Family Courts: violent partners directly cross examining their victims in court.

Whilst this practice is not allowed in England’s criminal courts, it has been allowed in family law proceedings for some time, despite calls to ban this kind of interrogation. The current debate in the media focuses on the alleged abuser’s rights to cross examine in person and the alleged victim’s right to be protected from further harassment during proceedings. A new law to bring the family courts in line with the criminal courts has also been proposed.

But our article focuses on something different. Despite the fact that no law is yet in place to prevent direct cross examination by alleged and convicted abusers, there is a Practice Direction which allows judges to step in and stop abusers from questioning their victims. We talk about this guidance, and ask: why are judges not using it?

You can catch our article here.

A recent case where a mother and her children were wrongfully separated by a local authority, raises ongoing and very serious concerns about professional conduct inside the child protection sector.

In this case the mother was incorrectly accused of filming and taking part in a video which showed a woman abusing a child. Whilst the woman in the video was later found not to be the mother, and the child not the daughter, police did not share these facts with the local authority until care proceedings took place in November. As a result of the non disclosure, the children were placed in care and spent 10 months in a fostering placement before care proceedings began.

The implication from the article in Community Care is that the police appear to have been embarrassed by the error, and so instead of admitting the individuals in the video were not the mother and child in question, decided not to share this information until perhaps forced to do so by court disclosure rules.

And there’s more. The local authority social work team handed this brief to an inexperienced social worker who was not given proper support or supervision during her handling of the case. During an interview with the daughter, the social worker showed the girl a pixelated image of the girl in the video and asked if it was her, despite knowing it was not, and also told the girl that the photo had come from a family album.

The local authority’s lawyer and a manager then doctored the social worker’s final parenting assessment in such a way as to implicate the mother.

And although the judge residing over the case concluded that the mother’s and the children’s human rights had been breached and then went on to fine the local authority and the police £20,000 for the conduct which resulted in those breaches, Justice Cobb still ruled that no negligence, or professional misconduct had occurred.

Whilst concealing evidence and conducting poor quality interviews which feature deception and ethical malpractice continue to dominate the worst child welfare cases, we are most concerned by the editing of child protection documents, especially by individuals who have not produced them, as happened here. The parenting assessment edits in this case were clearly made to influence the judge’s opinion and bring about an outcome which would have covered up police and local authority error, and yet amending documents in child protection cases is still treated far less seriously than it should be.

At Researching Reform we would like to see proper processes put into place for any proposed edits or amendments in child protection documents, and this would include ensuring that errors once spotted, whether by professionals or families, are corrected through a thorough and transparent document production policy. It is an area we are passionate about and believe needs looking into.

At first glance this looks like a lengthy and potentially costly exercise, but it is not. With the right software, which would be a one-off cost, and relevant use of online technology, a recording system and the forms to go with it would offer a court the ability to have the latest and most accurate documents before it. This would save the court an enormous amount of time and ensure that better decisions are made for families. Significantly, it would also reduce the number of appeals the court currently has to process, which often come about due to factual error, as this case shows. It would also deter professionals from behaving unethically.

So what do you think? Is greater transparency in how the system produces its documents the fastest way to a better, more efficient Family Court? 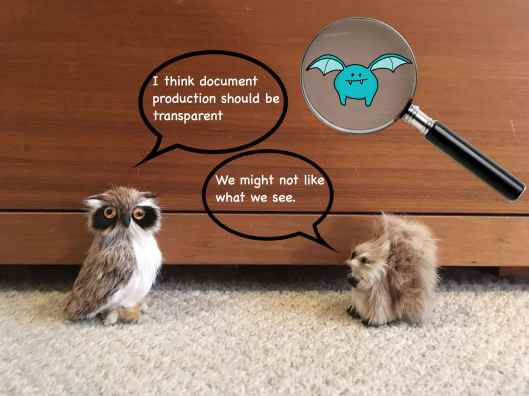