Here at Researching Reform, we have always viewed The Troubled Families Programme with huge scepticism since its announcement in 2012, both for its shoddy methods (remember the bizarre 7 point checklist?), and its lack of transparency and now a damning report issued by the Public Accounts Committee confirms the worst.

More worrying still is the revelation that financial incentives continue to drive highly sensitive programmes likes these – the ‘payment by results’ scheme used by the Troubled Families Programme led to some councils trying to move families quickly through the programme at the expense of genuine support.

The committee is not the first to point these failings out. Back in February of this year, a social worker on the front line of the programme felt so strongly about the unethical way in which the programme was being run that she spoke out. Many of the findings the Committee make in their report mirror hers exactly.

And if you thought the government was embarrassed about its pay by results scheme, you’d be wrong. Eric Pickles, then Communities Secretary, announced this initiative back in 2012 , and specifically mentions the financial incentives on offer. This is what he told The Independent in an exclusive interview: 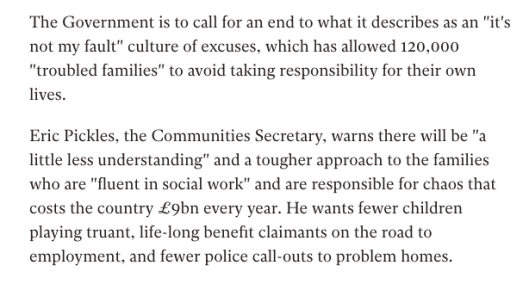 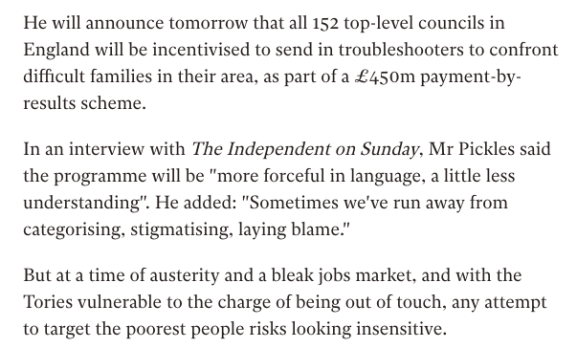 “Government officials might be inclined to consider our comments on the delay in publishing its Troubled Families evaluation as a slap on the wrist about Whitehall bureaucracy.

Let me assure them that given the ambitions for this programme, the implications for families and the significant sums of money invested, it is far more serious than that.

But it is particularly important with a new initiative that there is transparency so that the Government can learn and adapt the programme.

The Department has undermined any achievements the Government might legitimately claim for its overall work in this area.

In particular it was a mistake to use short-term criteria as the measure for successfully ‘turning around’ families, many of whom are grappling with long-term social problems.

A tick in a box to meet a Prime Ministerial target is no substitute for a lasting solution to difficulties that may take years to properly address.

We would also question the suitability of the Government’s ‘payment by results’ model, which similarly risks incentivising quantity over quality.

The Department has now committed to providing Parliament with an annual report on progress with the Troubled Families programme, starting in March next year.

For this to be meaningful Government must be far clearer about the benefits that can be directly attributed to the public investment in it.

Only then can Parliament and others properly assess the value for money of this programme and its merits as a model to bring about lasting change in the lives of those families it is intended to support.”

Everything about this Programme was wrong – from the language used at its inception, to the way councils were lured to the scheme through cash for results, it was a terrible deception, at the expense of the most vulnerable. 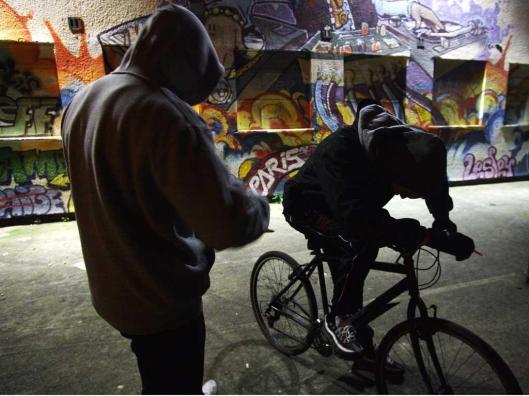