The news this morning is that three out of the four lawyers invited to send letters to the Home Affairs Select Committee outlining why they chose to leave the Inquiry have declined to provide information unless the statutory inquiry agrees to waive its right to confidentiality, and Parliamentary Privilege.

However, some letters have been published within the Committee’s newly released report into the Inquiry. Former counsel to the Inquiry, Hugh Davies QC’s letter is now available to read, and in it, he makes several criticisms of the way the Inquiry handled the allegation of sexual assault at the investigation. Here are some extracts from that letter:

“Assuming such disclosures were made – and it does not appear to be challenged that they were – important safeguarding issues and responsibilities arise. These duties are obviously engaged whether or not the person making the disclosure wishes to pursue it as a formal complaint. Firstly, the institution cannot abdicate responsibility to the person making the disclosure, who may be vulnerable or otherwise emotionally unable to pursue a formal process. Secondly, the purpose of any such investigation following a relevant disclosure is not limited to determining a formal complaint. It is directed at establishing facts so that (amongst other purposes) the risk to others within the institution may be evaluated and addressed, and similarly to evaluate and mitigate risk in any other institution or workplace where the subject of disclosure may work.

21. History demonstrates that where bullying or other abuse reflects an imbalance of power between individuals it is more likely to be repeated.

22. As matters stand, however, there is an impression that rather than investigating the disclosures to meet these safeguarding objectives, IICSA has reached a de facto compromise agreement with the subject of the disclosures, and ended the investigation. There is no evidence of consideration having been given to either (i) the possibility of recurrence within the Inquiry; or (ii) what investigation was required, even if the person making disclosure did not wish to pursue a formal complaint, as to risk to future employees who may work with the subject of complaint in the future (whether at IICSA or elsewhere)….

As stated, where bullying and/or sexual misconduct occurs in a working or institutional environment it usually reflects an abuse of power. It is likely to be repeated unless the risks are identified and addressed following investigation. I would criticise any failure by an institution to act, and IICSA must expect to be judged by the same standards it will doubtless set for others. In the course of its work IICSA will investigate and make findings on institutions that have put reputational advantage ahead of a duty to investigate, including the use of compromise agreements with the subject of disclosure. If that is what has occurred here the reputational harm to IICSA is obvious. If it is not, it is in IICSA’s interests to correct this impression.

25. In my opinion it is reasonable to expect IICSA to provide a public explanation as to (i) the characteristics of the disclosure made; (ii) what was done to investigate it; and (iii) what was done to identify and address future risk. These questions arise regardless of whether the person making the disclosure wished to make a formal complaint. These are substantive procedural matters and need not lead to identification of the persons concerned. I am obviously not expressing any opinion on the facts underlying the reported disclosure.”

Davies also explains in the letter that due to the current confidentiality rules in place, he feels unable to go into more detail.

A request from the Home Affairs Committee for more openness and transparency at the Inquiry (especially in relation to its working methods), is causing problems. In their own letter, The Inquiry Panel have defended their decision not to waive their right to confidentiality on the grounds that it is currently conducting its own review of the Inquiry and that the legislation governing the Inquiry itself demands full independence from the Committee. The letter goes on to address Hugh Davies’ own criticisms of the Inquiry – the panel suggest Davies is not in a position to comment as he left the Inquiry almost a year ago, and expresses concern over his decision to provide personal observations on events he was not a party to.

The panel also highlight tensions between itself and the Home Affairs Committee:

“We recognise that [The Home Affairs Committee] wish[es] to help the Inquiry progress the vitally important work it has to do to protect children from sexual abuse. You will understand however that there is a tension between the role of your Committee and the independent work of the Inquiry. We are not aware that any other public inquiry has been subject to the level of scrutiny which the Committee is seeking to apply. This is particularly the case when some members of your Committee have expressed views on our Chair’s status and all are members of political parties whose conduct is being investigated by the Inquiry both at central and local government level.”

There is clearly a need for transparency at the Inquiry, so why are the panel constantly trying to block these attempts? Their lack of understanding, whether actual or put on, as to why scrutiny of its work has become necessary is astounding. The political pot shot at the end of the comment is also unbecoming of one of the world’s most important investigations.

The Home Affairs Committee’s report into the current events at the Inquiry is very much worth a read. The key observations and recommendations they make are added below:

As we’ve come to expect, other letters published in the report show the extent of the fact dodging that’s going on at the Inquiry. Toby Fisher, another lawyer who had been advising the Inquiry but has since left, makes vague and disjointed comments in his letter.  Much of what he says is in fact irrelevant and doesn’t address any particular aspect of his departure, it just reads like a defensive and pretty strategic exit.

A more recent letter from Hugh Davies is equally baffling, blaming professional commitments for his departure.

Nobody really wants to talk.

You can read more letters from others here. 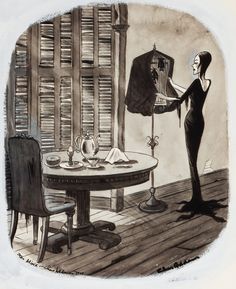