The Goddard Inquiry recently announced that convicted paedophile Bishop Peter Ball has been granted Core Participant Status within the Inquiry, which would allow him to apply to ask questions of the victims involved at future public hearings.

Ball is also going to get tax payer funded representation for the Inquiry hearings he will be called to attend. Under the Inquiries Act 2005, the Inquiry panel has the power to award the cost of legal support to a variety of witnesses, including survivors of abuse.

Survivors are understandably worried that convicted sex offenders are not only being granted Core Participant Status at the inquiry, but also being given legal representation for the public hearings the Inquiry will be holding. Lawyers are concerned that this might set a dangerous precedent which could see an influx of convicted paedophiles claiming priority status and representation in order to try to defend their reputations, despite having already been found guilty in a court of law.

This latest development has caused a bit of confusion.

Some are questioning why the Inquiry is seeking to determine information about an individual’s conduct when the remit of the Inquiry has long been understood to be a process which focuses solely on institutional failings. But the Inquiry’s Executive Summary tells us something different. Paragraph 13, which relates to the Public Hearings Project says:

The paragraph goes on to explain that evidence is likely to be taken from both representatives of institutions under investigation and victims and survivors of sexual abuse.

Bishop Ball may well be being called to the Inquiry so that the panel can try to understand better how he was able to commit sexual offences against children within a Church setting, enabling them to gain insight into how the Church failed in its safeguarding duties.

If the Inquiry is seeking to extract factual information about Ball’s offending which has already been highlighted by the Criminal Court, in order to determine his guilt or innocence independently of the court that convicted him, then the Inquiry’s activities could be called into question.

Whilst the issues above are important, the topic of our question this week relates to just one of the four  powers granted to all those who receive Core Participant Status: the power to apply to the Inquiry Panel to ask questions of witnesses.

Witnesses are not entitled to any of the above privileges, but both witnesses and Core Participants can be asked to provide evidence, and apply to the Inquiry for their legal costs to be covered.

Having allowed Bishop Ball to have Core Participant Status, he could now ask survivors and victims of abuse questions during a hearing (and also read any statements made by individuals who were abused by him as a child). This could be terribly traumatic for individuals who have experienced abuse, though it is not clear whether the Inquiry has set any policies in place in relation to this happening.

The Inquiry Panel has the final say as to whether or not questions can be asked, but as news of convicted paedophiles possibly coming forward to attend hearings as Core Participants spreads, survivors and victims of abuse have become anxious as to how this might work in practice, and, crucially, may deter them from coming forward if they fear being questioned by their abuser.

Our question this week then, is this: Should convicted paedophiles be allowed to apply for Core Participant status given the very traumatic experiences involved for victims and survivors, or should they just be called as witnesses? 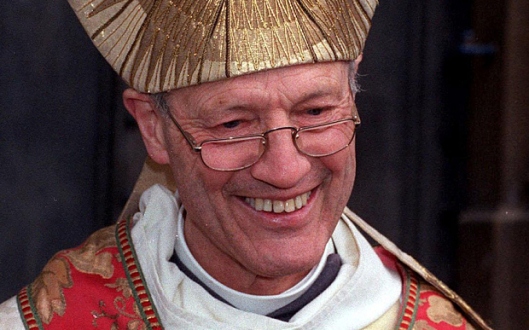