Barrister Jacqui Gilliatt is hosting a screening of the US Documentary “The Syndrome”, and everyone is welcome.

There is no charge to attend but Jacqui would be grateful if you could spare £10 to cover the cost of the screening. Any profit made will go to The Who Cares? Trust.

Seats are going fast, but we add details of the evening which Jacqui has kindly shared with us, below:

“The film makers describe The Syndrome as “an explosive documentary following the crusade of a group of doctors, scientists, and legal scholars who have uncovered that “Shaken Baby Syndrome,” a child abuse theory responsible for hundreds of prosecutions each year in the US, is not scientifically valid. In fact, they say, it does not even exist. Filmmaker Meryl Goldsmith teams with national award­winning investigative reporter Susan Goldsmith to document the unimaginable nightmare for those accused and shine a light on the men and women dedicating their lives to defending the prosecuted and freeing the convicted. The Syndrome uncovers the origins of the myth of “Shaken Baby Syndrome.” I am not personally promoting any of the film’s conclusions but it is an interesting topic which provokes much divided opinion and I am all for the scrutiny of today’s ‘medical certainties.’” 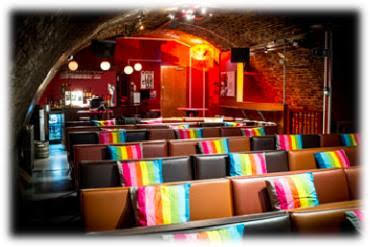