Not unsurprisingly, the recommendation upset the social work sector, with some taking the view that it was not Ofsted’s job to monitor individuals, and that this kind of grading had been unsuccessful in other sectors. Others though, disagreed, and felt individual grading, however implemented, would force the sector to look at their practice across the country and would drive standards up.

We happen to agree.

Looking carefully at individual social workers would allow for improvements not only for individuals inside the system but for the sector as a whole. It will highlight ongoing cultural and practice-based weaknesses and if the grading system is constructive and positive, would bolster social work and allow service users to benefit too.

Crucially, we also happen to think that it will create pride within local authority and social work teams, something which has been missing inside the sector as a whole. Social work deserves the same level of scrutiny and support as every other sector working with vulnerable adults and children. It also needs to work on gaining nationwide respect – it is not good enough that a few excellent teams continue to carry the entire profession. 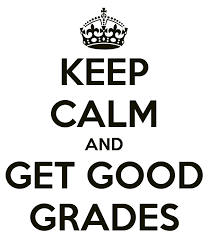 The news this morning tells us that MI6 started placing adverts on parenting website Mumsnet earlier this year and have now placed several more ads for positions such as software and technology specialists and ‘business support officers’.

According to Mumsnet, the initial agency job openings advertised on their site were the most applied for in the parenting website’s history.

The article does not go on to explain why MI6 has decided to approach the mummy demographic though we are told that a recent government report suggested employing more female agents in the Intelligence field was necessary to balance out the ‘macho’ culture within the sector.

We like to think MI6 has tapped into a precious resource – many modern day mothers are hyper efficient, alert and ready for anything. Often juggling careers, babies and more, mothers have had to learn to take multi masking to a new level, and that kind of no nonsense approach combined with care giving skills makes for a good field agent.

What do you think? Do mothers have unique skills which make them useful in the Intelligence world or is the government just using this initiative to throw yet more mummies into full time work to balance the budget?