Last month, Researching Reform wrote to the Independent Inquiry Into Child Sexual Abuse to invite its Chair, Justice Goddard to an interview. We add our initial email, and their response, below:

I’m a barrister running a child welfare project inside the family justice system called Researching Reform, which is dedicated to improving the system for children, parents and practitioners. As part of its remit, the project interviews key stakeholders in order to share information and positively engage the public with organisations working in the field.
The site has just shy of 8,000 subscribers, welcomes readers from all over the world and has a page rank of 4. Visitors to the site include members of the House of Lords and House of Commons, government Heads and policy makers, members of the public, lawyers and charities. Our content is shared with our social media accounts on Twitter and Facebook, also.
I have been following the Inquiry with enormous interest and it would be a privilege to interview Justice Goddard, if at all possible? You’re very welcome to view the most recent interview with Baroness Tyler. My interview style is collaborative, rather than adversarial and there are no trick questions.
It would be wonderful to be able to share Justice Goddard’s thoughts on the Inquiry at this stage, and I look forward to yours, or her response.
With best wishes,
Natasha

At the beginning of this year, we wrote about a bishop who had for many years seemingly been protected not just by The Church, but by high profile figures such as ex Child Abuse Inquiry chair Baroness Butler-Sloss amidst allegations of child abuse.

In a remarkable turn of events, Bishop Peter Ball has now admitted to sexually abusing young men – and the Archbishop of Canterbury has countered with a full scale investigation into how this bishop was able to do so for decades.

Bishop Peter Ball admitted to several counts of indecent assault and misconduct in Public Office. He will be sentenced tomorrow (Wednesday).

For more details on this case, and Bishop Ball’s admission which he made last month, website The Shameful Truth, which is managed and run by Phil Johnson, a child abuse campaigner and victim of Bishop Ball, has excellent coverage of the events as they happened.

Many thanks to Phil Johnson for alerting us to this development and for links to the You Tube news items. 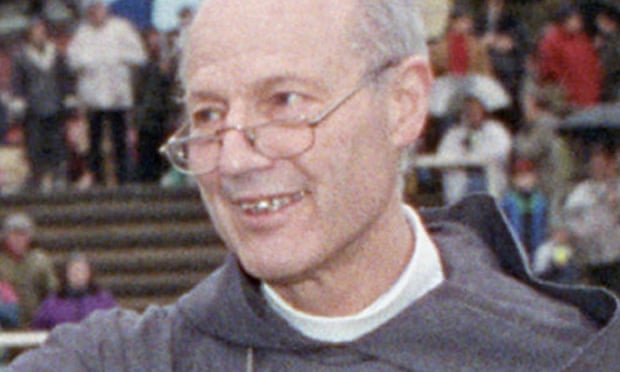 A recent article we found on the net is suggesting that a marked increase in toddlers who are unable to speak is down to parents who are spending more time on social media sites like Facebook rather than interacting with their children – but is this an accurate representation of the reality behind the phenomenon?

At first read this may seem like a plausible explanation for a rise in speechlessness amongst young children, but to us it sounds more like a time issue. In a world where most parents are no longer able to afford the luxury of staying at home and raising their children without having to juggle work, time has become scarce.

Children need time. One of Researching Reform’s favourite parenting experts, Sue Atkins, has a poignant motto. She will tell you that children spell ‘love’, T.I.M.E. Without that quality time between parent and child, a lot of things can potentially go wrong. It is not something parents like to hear, especially when most are doing their best to balance hectic work schedules and school runs, but there is a great deal of truth in the notion that when we spend less time with our children, they feel it. And it can affect basic developmental milestones like speech.

If these experts are right, we have to ask why it is that parents are choosing to go online rather than spend that time with their children. We think the answer lies in the need to relax, unwind and feel connected to friends and a social experience that takes parents’ minds off the hassles of the day. It may well be critical down time.

So how do we manage that re-orientation when parents initially come home and need to decompress, with children’s vital needs? It’s a very difficult question to answer, and one which goes to the heart of working culture, an economy in crisis and dropping standards of living which make it harder and harder for parents to earn enough to support their families.

One thing is for sure, though, if we don’t start to look at the impact working culture and modern life in general has on children, their welfare will be irreparably jeopardised.