These are the news items we feel should be right on the radar:

DNA tests to cut courtroom battles – DNA tests in family courts will be provided across England from later this year says Justice Minister Simon Hughes. The new measure will for the first time, allow family judges to order DNA tests to establish a child’s parentage.

Child abuse goes back hundreds of years, says John Allen care home victim – will the priority be uncovering the extent of the abuse in England throughout history or offering surviving victims of child sexual abuse justice?

Child abuse protections not filtering through to frontline – yet again, practice does not make perfect, despite all the guidelines…..

The terrible story of a mother who was brutally attacked by her partner in front of their two year old twin boys and who now must write to him whilst he serves prison time for trying to kill her has, quite rightly, created outrage amongst the public both here in England and internationally.

Now, a petition has been created to try to get the callous order revoked, which forces the mother to update the father of the boys on the children’s progress and also to establish contact with the boys through correspondence he is sending to them.

Whilst the judge may feel he applied the law correctly in this case, and with a recent ruling which suggests that human rights breaches may not be taken into consideration for private family law cases seemingly bolstering his position, it’s going to be an uphill battle trying to get the Order revoked, but it can be done.

This Order is not in the best interests of the children and does not take into account the mother’s trauma either, and whether the family courts like it or not, human rights cannot be brushed aside in family law cases when it suits them, or use the excuse, as they have done in the past, that private law cases are exempt because a public authority is not involved. It is a manifestly unfair judgment, to say the least.

We say go for it, we’re right behind you. And if you agree, please sign the petition, which has already garnered nearly 8,000 signatures. They only need 2,000 more. Let’s complete this petition by tomorrow morning….

Thank you to the lovely Thelemic Waves for alerting us to this petition. 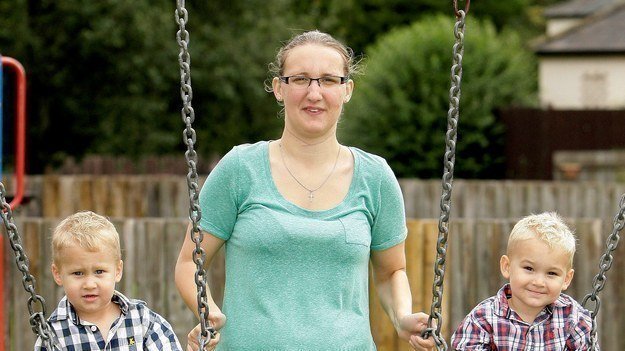