It’s a case which is bound to cause a furore amongst the general public, but a judge has just ruled that a mother whose throat was slit by her partner must now write to him whilst he is in prison, to update him on their children.

The mother, who had been contemplating leaving the father due to his excessive drinking, had been having an affair. It was the discovery of this affair that spurred the father on to attack the mother. The attack lasted for seven hours and resulted in the father breaking several bones in the mother’s face, as well as a full slit to her throat. The mother is lucky to be alive – she had to call 999 herself after the father refused to call for help. She was subsequently found in bed with her two, two-year old twin boys, who were covered in her blood. The children saw their father beat their mother with dumbbells, slash her throat with a knife and attempt to suffocate her with a pillow.

Despite the severity of the attack, the father was sentenced to only nine years in prison, for malicious wounding and intent to cause grievous bodily harm. How he escaped an attempted murder charge is startling.

Yet even more startling is the latest judgment in this case, which now requires the mother to write to the father, who has since applied for a contact and residence order in relation to their now five year old boys. The mother, it should be noted, was self represented, whilst the father had legal aid and the best counsel tax payers’ money could buy once again raising troubling issues about the uneven playing field in family cases in Britain today.

The legal principles in this case are what many will be championing, or questioning, depending upon which side of the fence you sit on. Under the law, both in our home grown legislation and within European Human Rights laws, parents are entitled to have a relationship with their children and children too are entitled to have a relationship with their parents in the first instance, and subject to that relationship benefitting the welfare of any children involved. That right to family life serves to protect children, but it can also, when misapplied, cause them harm.

The judge may well have felt that despite the father’s actions towards the mother, his right to a relationship with his children, and theirs with him, must come before the mother’s own relationship with the father, however strained it may be. This is the current thinking in law, and as such the judge has not deviated from what some might consider the norm, or even, the correct application of the law. Except that it isn’t, and here’s why.

The Children Act 1989, which is where applications for contact and residence orders are solidified, has a preamble. It asks that any judge applying principles in family matters place child welfare above everything else. That a child’s wellbeing is the paramount consideration in every case. This presumption is sometimes called the Paramountcy Principle.

The family courts still apply this principle incorrectly in cases like these. The view that a parent who hurts another parent is automatically entitled to contact with their children because they are not considered a danger to their children is fundamentally flawed. Any child witnessing domestic violence in the home is, as research tells us and any parent knows, going to be negatively affected by that experience, often very deeply affected – even if it is a one-off incident or the first incident they witness. That first incident can be, and often is, the most shocking to the nervous system of all.

The children in this case are now five. There is no evidence from the reporting of the case that the children were consulted on the letter writing aspects of the case, or indeed the thought of contact with their father when he leaves prison. Laws currently in place, as well as policy make it clear that the voice of the child should be heard in such cases. There is also no information on whether the children were assessed after the attack and given support. We would not be surprised if this kind of procedure didn’t even take place, given the poor state of the system.

Another overlooked aspect of cases like these is how a physical attack on one parent translates into parenting competence in general. The father had been drinking excessively for an extended period of time. That behaviour was concern enough for the mother to choose to leave the father, which she was about to do prior to the attack, and which may have shown to her credit, a desire to protect her children from a controlling and perhaps troubled human being. We are told that the father was also a part time soldier in the Territorial Army. The implication here is that the father, as a soldier, would have been trained to control his, we can assume, superior combat skills. In short, he had a duty to show physical restraint. The very obvious lack of restraint, from binge drinking to a very violent outburst needs to be examined. And we have no evidence from the reporting of this case that it has been, or that the father is now fit and mentally well. All of this is cause for concern when considering the welfare of children in family cases.

But perhaps the most worrying failure of all is the court’s failure to understand that any parent capable of attempting to deprive their children of the other through physical violence is not a competent parent themselves. It is a fundamentally selfish act which seeks to remove a parental element, in this case the primary carer, from a child’s life. It is this principle which the courts pay little mind to in the ruminating of facts and family policy in the day to day process of family hearings, but a principle, ironically, which is applied in relation to other forms of non violent parental alienation.

There just isn’t enough information on this case to be able to understand how the judge came to his conclusion, but one thing is certain: forcing the mother to write to the father is an outright disgrace, both for the lack of sensitivity to the mother and the trauma it may cause the children too.

Although the new Chair for the nation’s Statutory Inquiry into Child Abuse, Justice Lowell Goddard confirmed earlier this week in a meeting with the Home Affairs Committee that she would need to travel to and from her native New Zealand in the next few weeks to get her affairs in order, she also promised to get the ball rolling.

And that she has. In the last few days, we have been told that Scotland is likely to remain outside of the Inquiry’s scope, choosing to deal with such matters themselves, and that Northern Ireland may well be included, subject to Justice Goddard reviewing the request and satisfying herself that there would be no major overlap with their own current inquiry into child abuse.

The latest development now relates to the number of years the inquiry is likely to go back for its investigation. Sources are saying that Justice Goddard is looking to find a suitable starting point for looking at child abuse in the UK, with 1945 being suggested by some as a good place to begin. However, Justice Goddard is acutely aware that cut-off points are not always a rational way to frame an inquiry as people who have been abused prior to the starting point inevitably go unheard, and unaided. Goddard is said to be looking into the issue and hopes to find a starting point that’s suitable.We are told Home Secretary Theresa May is also supporting an extension of the time frame.

As always though, these inquiries are riddled with moral dilemmas emanating from every quarter. This news item looks at the potential pitfalls and problems with the child abuse inquiry in relation to information sharing in child abuse allegations involving MI5 and other secret service details.  Justice Goddard and Theresa May have a task on their hands ensuring that child abuse atrocities are not swept under the carpet in favour of protecting state secrets.

And Labour has jumped onto the child abuse bandwagon with their latest proposals to make failures to report child abuse a crime and to teach children about sex from the age of five.  Given that most labour politicians couldn’t stay five minutes to hear Theresa May’s historic announcement on the child abuse inquiry recently, we hope no one will take their shoddy attempt at trying to win votes seriously. They may though take the view that it ain’t over til the fat lady on the pink bus sings…… 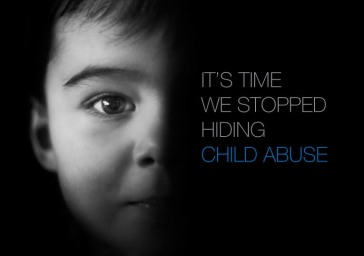 One of the difficulties with family work is that it is a fast changing and complex discipline which requires organised and proactive reactions to new advances in the many fields it incorporates. It also requires meticulous application of knowledge combined with a sensitive and skilled approach to child welfare matters, much of which is often missing inside the family courts, either in part or in whole. This latest open letter written by established legal and medical professionals calling on the justice system and the professionals who work in it to proceed cautiously when diagnosing Shaken Baby Syndrome, is a good reminder of the need to be extremely careful when handling cases inside the family courts.

Shaken Baby Syndrome is a growing area in terms of our knowledge about it and there is still a lot of room for error. The lack of resources inside the system combined with a need for speedy resolution of cases in a system which is backlogged and under new time restrictions, all causing a sense of urgency and added pressure, mean that the margin for error increases. Do read this letter if you have time, as it is considered and thoughtful.