We’ve long said that the conservative brigade tutting at cohabiting couples and blaming them for all marriage-related woes were both simplistic and foolish, and finally there is solid evidence to show for it.

New research published today from America, conducted by the nonpartisan Council on Contemporary Families explains that cohabitation is not likely to be the problem – it was and is related to the age at which couples start living together (whether before wedding vows are exchanged, or after).

The research showed that those couples who had begun living together before the age of 23 were most likely to split later.

Arielle Kuperburg, who is a professor at the University of North Carolina, Greensboro, produced much of the research. She says, “Part of it is maturity, part of it is picking the right partner, part of it is that you’re really not set up in the world yet…. And age has to do with economics.”

The new research tends to suggest that those who wait a little longer before living together are more likely to stay together.  Stephanie Coontz, director of research and public education at the Council on Contemporary Families says this may be because marriage today requires a great deal more maturity than it did in the past.

Stephanie explains the reality of 21st century marriage in this way:

“Marriages require much more maturity than they once did. In the 1950s, husbands and wives stepped into well-defined gender roles. Nowadays, people come to marriage with independent aspirations and much greater ideas of equality. Maturity is so important, and negotiating skills are so much more important.”

This certainly makes sense to us. We like the nuance here and the careful consideration of a range of factors. The article goes on to say that other research in related fields is also pointing in the same direction as the research above.

Sharon Sassler, a professor at Cornell University in Ithaca, N.Y., argues in a different academic paper which was also published today, that men and women with lower incomes and less education move in together at a younger age than other groups due to financial pressures. The end result? More divorces. This we found to be incredibly compelling, because it also confirms what we continue to say about vulnerable demographics – their choices are not defined by who they are as people, but by their immediate predicaments. It’s something our government should note.

Summed up, Kuperburg’s findings tell us this: living together to ‘test drive’ a relationship or marriage shouldn’t hurt marriage at all.

The ultimate finding in the research speaks volumes about the way our politicians view cohabitation. And highlights the need, now more than ever, for our government to start improving opportunities for those who find they are trapped by a lack of them. 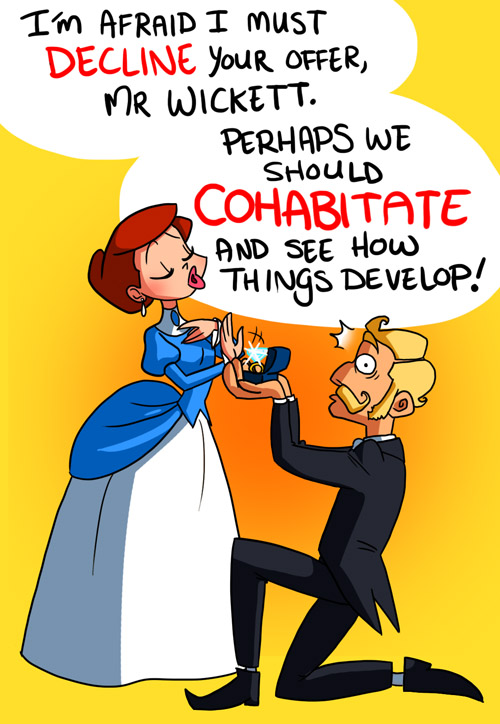 It’s a lovely sunny start to the week which may be a sign that Spring has Sprung, so as we go into sunshine mode (and as we approach our 1,000th post here at Researching Reform), we thought we would have a little fun with you.

The history of Family Law has had more than its fair share of dark moments, but for all of us there have been personal triumphs whether through stories we have read in the media or landmarks we’ve seen achieved inside the system.

Our question to you this week, then, is this: what was your best moment in Family Law and why?