Despite our concerns over the UK government’s continuous insistence on ramming mediation down separating families’ throats (for economics led and not welfare led decisions we might add), we do think mediation has a place in dispute resolution.

As we’ve often mentioned on the blog, mediation is a fine tool if the parties are feeling stable enough and strong enough to negotiate, but this does not usually happen overnight. The mediation landscape, whilst not very smooth at this point or well trodden, is to our mind at least, part of a chain, which will see us revert back, more and more, to old fashioned styles of negotiation for divorcing couples, in more informal and intimate surroundings, with people the parties trust and can rely on.

Child inclusive mediation must be part of that journey.

The Minnesota Alternative Dispute Resolution Collaborative Project, which is a multidisciplinary effort at trying to unify and standardise ADR practice in Minnesota over in the US, have just started a pilot on child inclusive practice. This child inclusive mediation is specially designed for separating and divorced parents and its central working premise is HEARING FROM A CHILD IMPROVES OUTCOMES FOR THE CHILD.

We couldn’t agree more. From the definition of child inclusive practice to helpful guidelines for mediators on how to assist and manage this kind of mediation, the Group have made every effort to make child friendly mediation a go-to process for separating parents. Kudos to them.

But this is not just happening overseas. Some UK mediators are now offering parents the chance to mediate with their kids, using specially trained mediators, like The Parent Connection, and Resolution have even offered training and talks on the matter.

In fact, child inclusive mediation has been present in the UK since 2006, but little movement inside the sector seems to have taken place. But a quick Google of the phrase “Child Inclusive Mediation UK” tends to suggest that it is back on the move, as more mediation services appear to be offering it than ever before. It will be interesting to see how this develops.

A very big thank you to Thomas Valenti at Valenti Law for alerting us to the Minnesota Group. 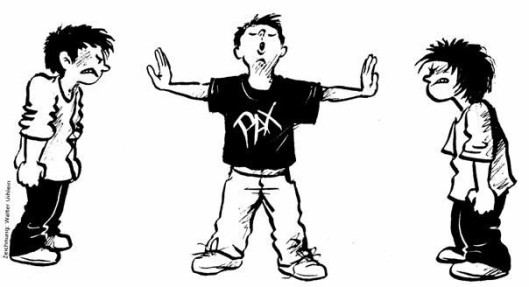