Credit for highlighting this first very interesting project must go to the lovely, lively and entertaining family lawyer Julia Thackeray, who tweeted about this, this morning.

An American endeavour, SPLIT, Children’s Journeys Through Divorce is a docu-film style production still in the stages of funding, which seeks to look at divorce through the eyes of children, aged 6-12.  The creative team are a group of super savvy women, with the producer being award-winning documentary film maker Ellen Bruno and the cameras manned, or should we say womanned, by serious talent Ellen Kuras (winning the Sundance Film Festival award for Best Dramatic Cinematography not once but three times) to name just two of the outstanding team.The project also has a long and illustrious list of supporters; we’re very excited to see the end result.

As one of the creative team, Gwen Gordon used to design puppets for Sesame Street, so it’s apt that our last link is related….

Making history themselves, Sesame Street has for the first time decided to teach kids about divorce. Interestingly, a test pilot series for this concept was introduced in the nineties, but children reacted so badly to it (think sheer panic) that it was shelved. Today, the test audience, still children, have reacted very differently, and so the series was born.

The show will be aired as part of the Sesame Workshop project and is part of a bigger multi media package called “Little Children, Big Challenges: Divorce” and will be introducing a new character, the sparkly fairy Abby Cadabby.

“We want kids to understand that they’re not alone, and that it’s not their fault,” said Lynn Chwatsky, Sesame’s vice president for outreach. “These kids love and adore Abby. So to know that she’s going through something similar to them, something challenging, it’s like, ‘Wow.’ It makes it OK to have a whole range of feelings.”

You can learn more about this show over at their Tumbler site. 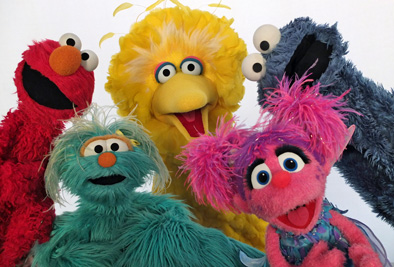 4 thoughts on “Children’s Journeys Through Divorce – A Film, and Other Stories”