The subject of judicial bias has always fascinated Researching Reform and in the family justice system, where discretion is not just an afterthought but a much-used tool, bias can be magnified and in turn can affect judgement.

In February of last year, we wrote about a piece in The Guardian which explained that judges who show persistently poor judgement cannot be sacked. In a world where most employees who fail to carry out their duties competently can be fired it seems rather out of touch with the modern-day work ethic, and perhaps highlights an entrenched superiority complex inside a system which believes it is above the law, not its custodian.

And in 2010 we also wrote about judicial bias and the fascinating research Cornell University published about impartiality amongst judges. So what gives? Can prejudices be removed and can humans be completely impartial or will bias always have a part to play?

Well, it seems from the research as if bias is an integral part of the human condition. We store experiences in our mind and use them to weigh and measure future experiences; it’s how we survive. But how well we do that really depends on how well we process experience. And for judges, who, the research suggests, are no less prone to poor stereotyping and unhelpful bias than us mere mortals, processing their experience properly becomes an integral part of whether or not they can carry out their function.

Fast forward to Sir Paul Coleridge, judge-gone-political activist and founder of the recent Marriage Foundation, whose charity is now being called into question. Sir Paul speaks plainly – he always has done. But this time, instead of just speaking about his views on things like the family justice system and marital breakdown, he has formed an organisation he calls a charity and has been trying to persuade the nation that heterosexual marriage is the ultimate model for the good of society. The Office for Judicial Complaints are now looking into this and the only reason we imagine they are doing that is on the point of bias and Sir Paul’s ability to function as a judge.

Judges must be able to interpret the law fairly. In practice, this does not mean ignoring experience, being devoid of emotion or ignoring the realities of life. It just means that a judge must be able to be magnanimous: he or she must, in effect, look beyond the perceived obvious.

And this can be done. Cornell’s seriously interesting research, which you can access above, is well worth a read. It explains that bias can be assessed, addressed and checked and that with the right kind of training judges can judge fairly. It would be impossible to remove inherent prejudices within human beings altogether, but judges can and do function without allowing their personal preferences to dictate their processing of a case.

Too often in the family justice system, and elsewhere, we see judges applying their discretion to tailor the law, not to suit the parties that come before it, but to exorcise personal frustrations. Judges sometimes forget they are there to serve. But they should be reminded.

The fine line between having an opinion and allowing it to affect how a judge judges, is difficult to measure. Lord Justice Munby was perhaps the first modern family law judge to become politically active, peppering his judgments with political philosophy and warnings on things yet to come if the family justice system continues down the road it is travelling. And Sir Nicholas Wall was quick to follow, in ceremonial speeches too. So what makes it okay for one judge to be political and not another? This is an intriguing question to answer, as it would need to be weighed up against the way each judge manages his cases, but one distinction that does set Coleridge apart from Munby and Wall is that Coleridge has sought to change the way an entire country lives its life – Munby and Wall only ever expressed their concerns about the functionality of the justice system in relation to how it might better serve families and children that come before it.

Furthermore, judges are considered to be cornerstones of society, upholding the most decent and free-thinking modes of thought, the most sophisticated thinkers, a little like modern-day philosophers. But all too often, they are simply just time-short, temper-short and short on perspective. And most importantly perhaps, judges who seek to change the way society functions on a political level are blurring the lines between the judiciary and the executive. And that too, creates conflict of interest and can have devastating consequences for justice.

So, how do we change that? How can we manage the necessary boundaries and make sure our judges function professionally? One suggestion might be to have an organisation that reviews and monitors each judge’s cases – not all of them, but perhaps just one case a year, so that fairness can be monitored and quality assurance verified. And if a party complains about their case, there should be a proper complaints procedure in place, to allow for a proper investigation.

It might also be useful to have a directory of judges and their views on things like heterosexual marriage, divorce, child welfare and more, biographies about each judge, their financial interests and which groups and organisations they belong to. Transparency would be achieved in this way and it would go some way to help restore trust and confidence inside a system which is sorely lacking it.

Yes, judicial bias is always going to exist: but it can be managed and justice can prevail. 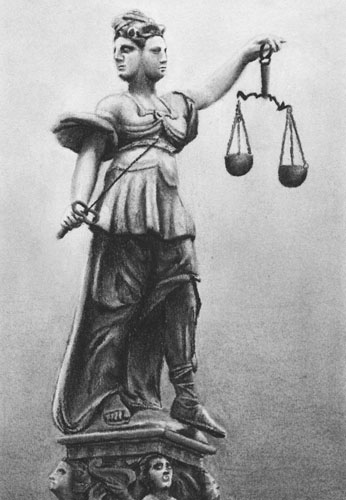